The Rotting Zombie's News Anthology Round-Up No.5: Attack of the August III 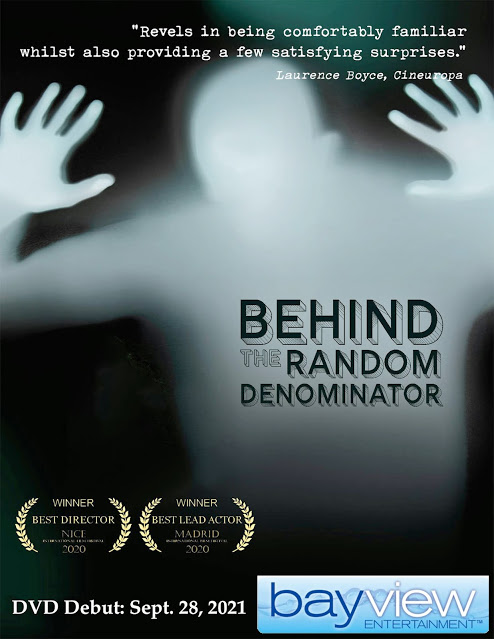 I've found that I quite enjoying writing these smaller news posts, they are short enough that they are not a hassle to write, while the varying stories bring about some...well variation to what I am telling. The only downside is that they really are not helping my overflowing and bloody news sack from getting any slimmer.

Starting off with the news of a new EP coming from Alaskan dark punk/death rock duo, Cliff and Ivy. The EP, titled Bring Us The Night is available on limited edition 7" vinyl and digital formats. The press release states 'Cliff and Ivy's music is influenced by magic. Their psychedelic style lyrics are derived from synesthesia. The mission of Bring Us The Night is to make fast dark punk songs with weird supernatural themes.' The four track EP includes Bring Us The Night, Chasing Blood, Dominion, and Parasite and can be purchased from their Bandcamp page.

Film news arrives this week with an Australian sci-fi film titled High Strangeness. This comes from Fractured Visions Films, who are an independent film company from West Australia. The press release promises their sci-fi horror film has 'stunning relevance to the current wave of UFO disclosure'. In the movie Abigail White (Britt Harlow) returns to the farm where she lived as a child. Here she experiences nightmares and memories from her childhood. After meeting local crazy man Mason Bennett (Casper Jean Rimbaud) she discovers she is an unwilling participant in a government/alien conspiracy.
The film is a prequel to Rimbaud's novel Post Encounter which itself was about 'shadow government programs and the stealth control of Earth by a malevolent extraterrestrial race'. High Strangeness is due for an August release, for more details check out the Fractured Visions Films website.

Final story for this week is that Behind the Random Denominator arrives on DVD and digital on 28th September via Bayview Entertainment. Described as a slow-burning psychological horror story this sees 'a bizarre duel of minds develops between an alcoholic writer and an anonymous caller on a stormy night'. The film apparently creates 'an oppressive atmosphere of unawareness' via minimalistic means. For me it was the title that drew me in, I'm a sucker for an intriguing title, it helps the trailer is compelling as well.
Posted by Daniel Simmonds at 13:40