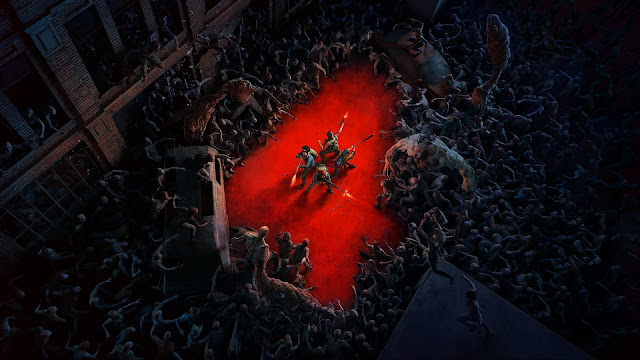 Another three news stories picked somewhat randomly out my news sack. First up, I played the Back 4 Blood beta and I have to say my first impressions really sucked. I only had time to try one game of it this weekend and it was a very quick game. This is a spiritual successor to Left 4 Dead and I think plays and looks much the same. Four players team up to battle across a map that is filled with running zombies as well as much stronger boss zombies. I launched into a game that was already in progress, I spawned in a safe room, armed with just a machete. There was a shop but I started with no money so couldn't actually afford to buy a gun, my team mates were all far off in the distance. Leaving the safe house I wandered around a few empty streets before I was suddenly grabbed from behind by a boss zombie. It then proceeded to strangle the life out of me over the course of a minute with no way for me to escape its clutches. Once I was down and with my team mates far too far away to assist I decided to speed up my death, my reward was a game over screen saying there were no continues left for me to respawn. As first impressions go I was very unimpressed, it seemed bizarre to spawn me so far away from my team mates, and equally bizarre that you don't appear to start the game with any kind of gun. I will try this on Game Pass when it releases but I certainly won't be paying money to play this!

Supernatural action film Lazarus is now available to buy and rent On-Demand and Digital platforms. The film stars Sean Riggs (S.W.A.T., You), Costas Mandylor (Saw IV), Aeriel Miranda (Straight Outta Compton), Shane Brolly (Underworld) and many more. In Lazarus a man is killed but then awakens to find himself brought back to life and with super powers. He decides to battle the organisation responsible for all the evils of his city.

Finally, Jeffrey Nothing, former vocalist for Mushroomhead has released an official music video for new single The Outage. The video was directed by Ian D. Sniesak and edited and shot by Jon Connor, with assisted videography by Thomas Church and Aj Taranto. Check out the video below.
Posted by Daniel Simmonds at 14:28