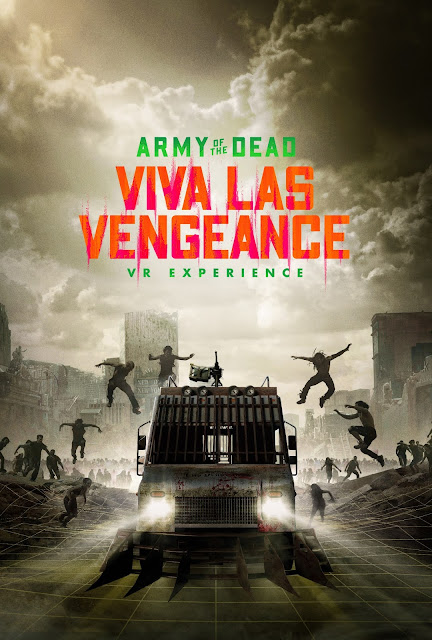 Viva Las Vengeance: Army of the Dead is an awesome sounding VR experience that is heading to London this September via Netflix in partnership with Fever and Pure Imagination Studios. This mobile-location-based VR experience will also be coming to several cities in the US including LA, Miami and New York. Over 30 minutes up to 6 players team up 'on a rescue mission to save survivors trapped in zombie-infested Las Vegas as part of the Las Vengeance rescue mission crew. Each truck allows players to see, hear, and feel the action at hand with high-end virtual reality headsets and state-of-the-art motion platforms bringing the action to life'. Tickets for this went on sale on 4th August and prices are from £18. This sounds like a load of fun and for people concerned about the safety 'extensive hygiene and social distancing regulations in accordance with local state mandates will be in effect'. For more details and for tickets check out the website.

Severin Films have announced their Summer line-up, all their films are now out. On 22nd June Invaders of the Lost Gold, Strike Commando, Strike Commando 2 and The Eurocrypt of Christopher Lee Collection were released. The later is an 8 disc Blu-ray collection as well as a book and soundtrack CD. This brings together five different films of the iconic actor - Crypt of the Vampire, Castle of the Living Dead, Sherlock Holmes and the Deadly Necklace, The Torture Chamber of Dr. Sadism and Challenge the Devil. The 27th July saw the release of Skinned Deep, Siege and Born for Hell. More details of those can be found here.