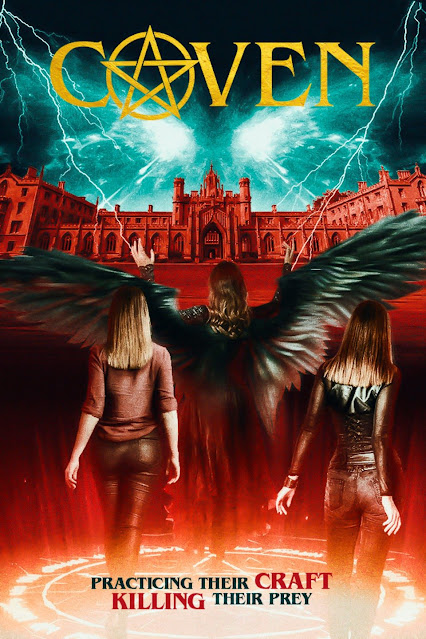 Coven is a modern day witch story set on a college campus. I got the feeling watching this that it wanted to be something memorable like The Craft but instead its over use of the scantily clad cast walking around trying to look cool in slow motion made this mostly forgettable. This was directed by Margaret Malandruccolo with a story written by Lizzie Gordon (writer of The Last Exorcist), who also starred as the protagonist.

Ronnie (Jennifer Cipolla) is the leader of a coven of student witches whose aim is to resurrect a powerful witch from the past known as Ashura. Being quite evil, during the incantation to summon her back, Ronnie in a fit of anger kills one of the five witches that make up her coven. The result of doing this is that they are one person short, and so they use a spell to locate a possible replacement. The replacement is found in the form of Sophie (Gordon), a history student whose biggest aim is to find a way to bring her deceased mother back to life. With the promise of this being made possible should she join Ronnie's coven and help resurrect Ashura, Sophie happily joins, somehow unaware of just how evil most the group actually are. 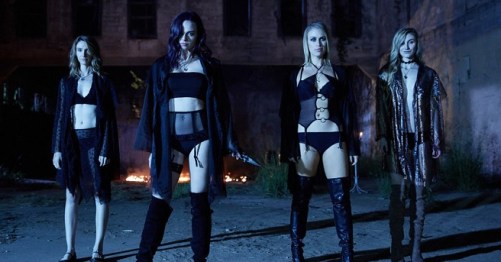 This wasn't a good movie unfortunately, it isn't even down to the cast, as over the top and ridiculous as many of them are. The story here is as bland as they come, over the course of eighty minutes barely anything happens. That the whole plot begins because Ronnie killed an essential member of her coven is ridiculous, especially when no one else seems that bothered she did this. The whole thing with witchcraft films have led me to believe is that there is the law of karma. Sophie is warned that magic costs a price, yet she joins up with the bad guys, has her own little hanging out with bad guys montage (that seems to mostly consist of dancing around in her underwear for some reason) and gets no repercussions. This was one of my biggest complaints, the amount of scenes of the witches all dressed up in sexy lingerie doing stuff in slow motion. They could have least made an excuse as to why they had to be wearing barely any clothes, but no, there wasn't and so it just came off as weird. There are also a couple of scenes set two hundred years in the past that really show off the lack of budget.

The magic use here is silly, characters using magic to open and close doors they are literally stood right next to, and no end of low quality CG used to show the witches hands glowing with various coloured electricity or flames. Talking of the CG, there is a car explosion towards the end that was real bad looking. The over reliance on CG is understandable when you are dealing with magic, at least when the plot calls for blood it looks decent, the kill in the prologue looked good. Victims do have a weird habit of still moving around when they are dead, led to at least a couple of times I wasn't aware a character had actually died due to this. 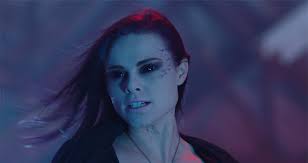 The biggest fault of Coven is that it is simply boring. The plot is uninspired and lethargically paced, so long before this finished I couldn't control my yawning. The antagonists at least were entertaining, stereotypes but they still added a little spark to this. Coven is due for release on 15th November thanks to High Fliers Films.