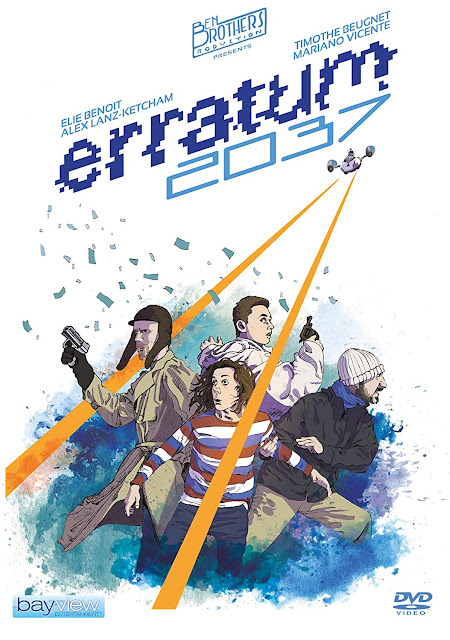 I'm going to try and turn this three story news anthology into a weekly feature, at least until I manage to catch up with the news fit to bursting in my inbox at least. The format I am going for here is that of a news sandwich, sounds weird but it keeps me off the streets and out of trouble.

Belgium based industrial group Super Dragon Punch!! have released a new album titled Feral. They have a new video out for their track Sutura which is taken from the album. Feral is comprised of 12 tracks of 'highly effective techno-infused body music inspired by retro 80s video game soundtracks'. The press release says about the new album: '...continues on the path of the cold, somber and haunting tracks from SDP!!s debut EP while continuing to expand its musical horizons. Feral contains complex, detail filled, fast tempo anthems or dark ballads alternating between futurepop or more anarchic industrial synthpunk tracks with numerous sound effects and elements that are harmoniously integrated in the music.' Check out the video for Sutura below.

Erratum 2037 is a sci-fi film from Bayview Entertainment that released on June 8th (you can kind of tell I'm behind in my news). In the film two teens receive a message on their computer which results in them becoming 'wide-eyed heroes in a world at the mercy of time paradoxes'. It may not be horror but I'm a sucker for anything involving messing with time so had to mention this here. Erratum 2037 came out on digital and DVD and can be purchased here.

Forming the bottom layer of this news bap is news that 'sleaze-dustrial' band Handsome Abominations have released their debut album, Embrace the Condemnation via Cleopatra Records. The band formed in 2020 and their debut includes covers of Frankie Goes to Hollywood's Relax and The Dazz Band's Let It Whip. Their track Slave taken from the album can be heard below.