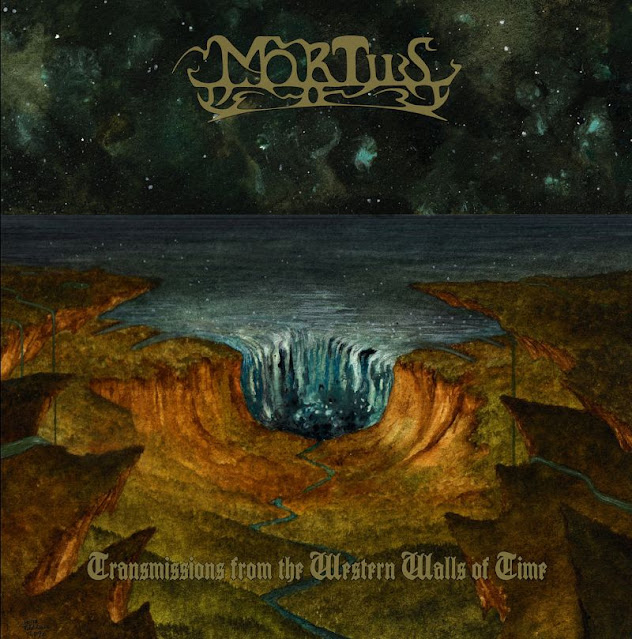 I keep threatening to do more news post to clear my back log and now here I am. With less films sent to me for review at the moment it seemed the perfect time. So, a new smaller news post I titled The Rotting Zombie's News Anthology that will have an anthology format of unrelated posts combined into one.

A new teaser has been released for the horror anthology film Realm of Shadows. In this Tony Todd (Candyman franchise) plays Fr. Dudley, a Catholic priest. This character is set to continue in the upcoming Dead Rose film trilogy. Vida Ghaffari (The Mindy Project) plays Cassandra, the mysterious owner of a haunted vault who serves as the anthologies narrator. Production for Realm of Shadows is currently underway by ThunderKnight Entertainment LTD in Denver, Colorado.

'Dungeon synth pioneer', Mortiis has announced the release of Transmissions from The Western Walls of Time. This is a live recording from 1997, specifically from November 12th at the Transmission Theatre in San Francisco. Released both as a black vinyl (including an A2 poster) and on Digipack CD this brings together seven tracks, Intro, Reisene til Grotter og Odemarker (excerpt), Battles on Ice, Ferden og Kallet, En Sirkel av Kosmisk Kaos, Under Tarnet's Skygge and Outro.
Finally in this mini-anthology comes news of a follow up in the works for 2015's claustrophobic horror Crawl or Die. I haven't seen the original but for the sequel Nicole Alonso (Screen) is reprising her role as the mohawk sporting Tank, and the film is to be written and directed by Oklahoma Ward. Details of the plot are scant other than Tank 'will finally come face-to-face with the Creature and this time -- IT'S WAR!'. A Kickstarter had been launched to help cover the costs of post production.
Posted by Daniel Simmonds at 14:44