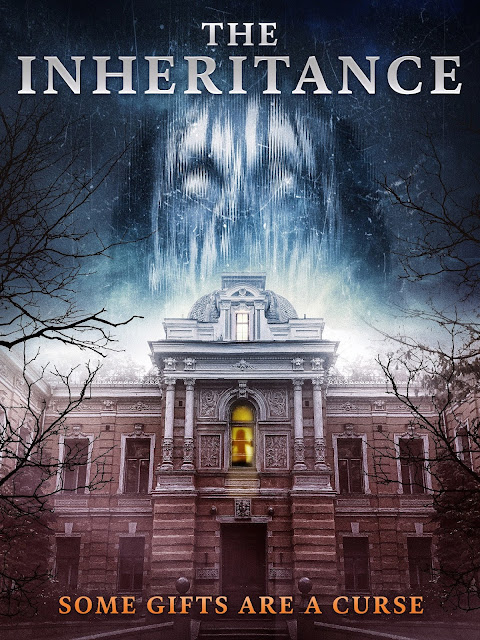 The Inheritance is a Ukraine based supernatural horror that was co-written and co-directed by Chad Barager and Kevin Speckmaier (The Dead Zone TV series). Despite the modern day setting this had a bit of a Gothic horror vibe to it, a simple enough story that is let down a bit by being at times far too much of a slow burn.

After her father dies, American based Sasha (Natalia Ryumina - Soliders of the Damned) finds out she has been left an old townhouse in Kyiv, Ukraine. Before agreeing to sell the property she decides to go visit it, along with her boyfriend Peter (Nick Wittman - Terminator: Dark Fate). It is while she is staying there that she begins to experience strange goings on, mysterious voices, doors opening and closing on their own, and hallucinations. This leads her to investigate a dark secret from her family's past. Peter meanwhile is getting more and more insistent that Sasha sells the property, something that may be due to the very shady lawyer and heavies hanging around the house, that are impatiently waiting for her to sign the property over to their powerful boss. 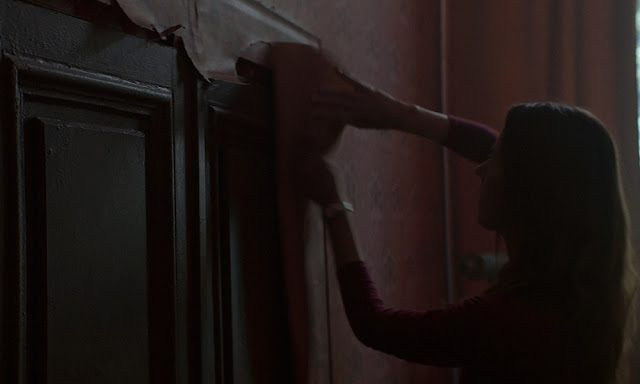 Right from the very start I couldn't stand the character of Peter, somehow over the course of the movie he gets more and more odious. I understand he was meant to be a weasel of a man but it wasn't a good first impression to have him front and centre with Sasha. Thankfully their relationship already seems to be rocky. One thing I did think was stupid was at one point he heads out, supposedly for a couple of hours, yet he is gone days. This has caused friction between the couple yet when he does eventually randomly turn back up there is no questioning from Sasha just where he had been, which felt a tad unrealistic. On the surface level Sasha is a better character except when she is present during the supernatural moments, more on that later. In general the plot wasn't bad, I liked how the part about the ghostly happenings seemed unrelated to the creepy men hanging around the house so that you had two plots happening simultaneously but separate to each other.

My big problem with Sasha is her walking speed during the night time excursions in the house. I don't think I've ever seen anyone walk as slowly as this character does. I get there is some trepidation at walking around a possibly haunted house but it becomes agonising watching her ever so slowly put one foot in front of the other. I swear if these scenes had played out in real time I would probably still be there now watching her creeping along, as snails, sloths and other slow moving creatures whizzed past her. In a paranormal film these moments should be the most thrilling and scary parts, instead I found myself clock watching and impatiently willing her on. There is nothing wrong with slow burn when it is done correctly and with good reason, here though it at times felt like her speed was designed to drag out The Inheritance into a feature length movie. On the whole this ghost part of the film didn't really excite me, thankfully the other part had some good moments to it. 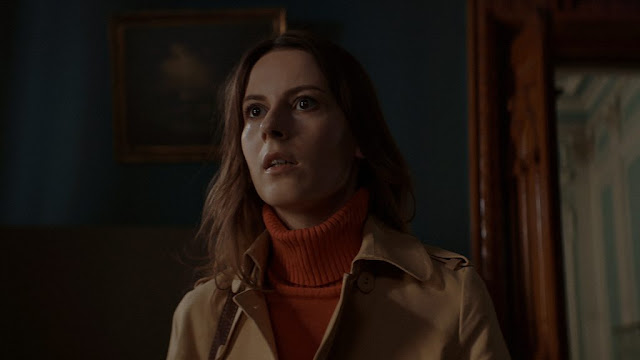 Sasha, being a foreigner in Ukraine and not able to speak their language led to some effective moments of paranoia. She is being watched wherever she goes, and the language barrier is a real obstacle. This is best represented in the excellent records office scenes, full of some fantastic looking soviet era locations and the stand out performance from the receptionist there. Amusingly, her irritated manner of speaking is presented as subtitles that are saying far different to things to what Sasha thinks is being asked. This fish out of water approach can't help but increase the feeling of bad things potentially happening. When it eventually does it was satisfying and well deserved. The film wraps up in a bit of a strange way, not helped by the ending scene of the film being very confusing. The directing itself has some stand out moments. There is a habit of having slow moving shots that have the camera changing direction. A slow pan towards a set of double doors for instance will have the camera slowly moving onto its side to have the doors going horizontally across the scene. Another moment was early on that had Sasha in the bath, a strange angle and a nicely placed mirror had the shot seem like the bath was hanging on the wall.

The Inheritance had some good ideas, and at its heart the simple story didn't do much to offend. It couldn't be accused of feeling very original, and the slow burn of certain scenes really did damper my enjoyment. The Inheritance comes out on 4th October thanks to High Fliers Films.

Posted by Daniel Simmonds at 11:28