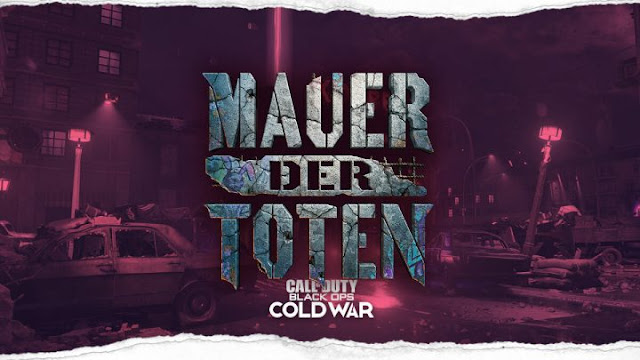 Finally, finally there has been a new traditional Zombies map released for Call of Duty: Black Ops Cold War. Having additional maps become free rather than locked behind a paywall is a double edged sword as it means a slower roll out. As much as I like the Outbreak mode of the game I can't help but feel it has stolen away time from making proper maps. Mauer der Toten is the third map to be released for the game and after a play of it I shall put down my first impressions.

Story wise who knows what is going on. There are no longer cutscenes explaining what is occurring, I think that is mainly confined to actually being able to complete the Easter eggs in previous maps, as well as collecting intel hidden around the levels in the form of audio recordings and files. From what characters are saying on radio chatter it seems a member of your group has betrayed you. It also sounds like someone has been kidnapped, and so you have gone to zombie infested Berlin in order to do something or other in order to free your kidnapped squad mate. 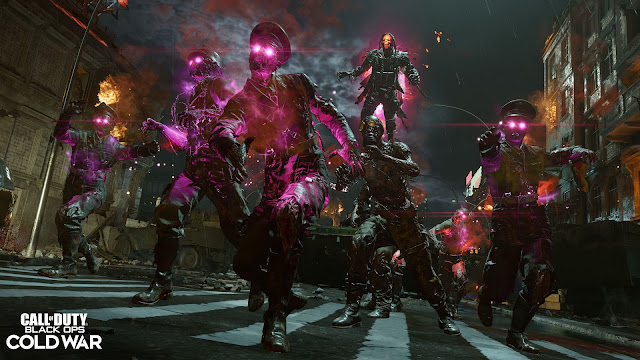 Mauer der Toten continues the trend of having levels far more grounded in reality in terms of visual style. My very first impressions was that this felt a lot like The Shadowed Throne from Call of Duty: World War II, both are set during the night time in a destroyed Berlin during a zombie invasion. I also got feeling of Call of Duty: Black Ops III's Gorod Krovi map for similar reasons that it's a ruined city at night. Starting off on the rooftops I felt that this might be a more vertical map but after playing this that doesn't so much appear to be the case. What is different is that there are plenty of ziplines and ropes to rappel up and down from. Things like this are always neat for quickly getting away from danger, while a small cool down timer means you can't abuse these traversal options. There's a bit of rooftop to explore, various different buildings to walk around on, though all these areas aren't huge. Most the game is spent either on street level or down below in the Berlin subway. The subway area is notable for featuring still running metro trains that can take out player and undead alike.

Like always this is a round based mode, each round seeing you battling more zombies and stronger ones at that. Added to the fray are the hulking cyborg and electrical zombie sub bosses who first made their appearance in Outbreak earlier in the year. New to the game are these floating zombie beings, they appear to be able to power up any undead near them, as well as being able to siphon off your life bar should you get too close. It seems that every now and again you get around against special enemies. In this map these take the form of red crystal like undead who explode upon death. Mule Kick is the new tonic that joins the rest of them. This classic power up has the use of letting you carry three weapons at a time rather than two. The game guides you to unlocking pack-a-punch then after this point you are left to your own devices.

My complaint with Mauer der Toten is the same as my complaint for Firebase Z, namely that by having a map that goes for realism in level design rather than memorable makes for something that just isn't as exciting as it could be. There's a reason why the Call of Duty: Infinite War Zombies maps remain some of my favourite, they are all so darn unique (with the exception of The Beast from Beyond of course). I've since played the map a few times and it has grown on me, while I'm not the hugest fan of these more realistic feeling maps it has great lighting, a pretty nice design and areas that are open enough to make getting trapped not so common an occurrence.

Posted by Daniel Simmonds at 15:55