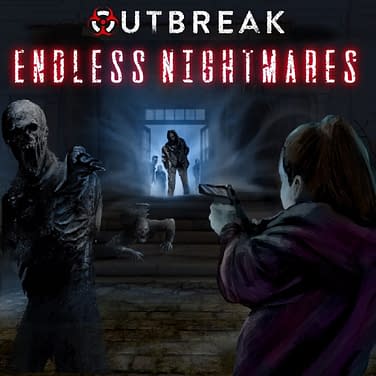 I've played a few of the Outbreak games now and while they have their issues in terms of quality they are also fun to play. For all their obvious inspirations they are also not afraid to change up the formula. Back in 2017, Outbreak was a top down 2D survival horror game whose clunky control scheme made it a bit of a chore to manage your inventory. This was swiftly followed by a 3D sequel which eventually shuffled onto consoles in 2020. Outbreak: The New Nightmare had some issues for sure, but it felt even more like a classic survival horror and had plenty of different game modes. Outbreak: Endless Nightmares is the latest and really switches up the style I had come to expect.

As always the story of Outbreak is told via on screen text. I have to say the writing quality really seems to have improved. I loved reading this, with it feeding into the repeating cycles of the levels. Playing as one of six characters (I played as a female detective), in the post apocalyptic landscape of Outbreak you have suffered an injury that has placed you into a coma. You awake in a nightmare world which is either a creation from your mind of all the evils you have been forced to face, or it is in fact a supernatural reality, a limbo between life and death. 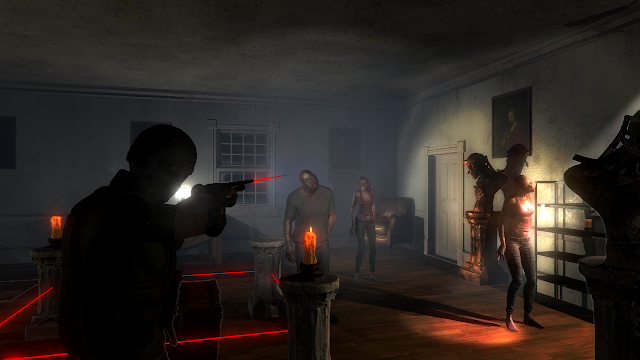 You are based at the Hub, this is a dream version of the Arzt Memorial Hospital that is populated by neutral shades. These shades both offer you advice as well as sell you items needed for your explorations. Anomalies are the games levels. Starting off with just one available, these are a series of roguelike semi-procedural levels based around a theme. The first anomaly you access is set in a large mansion, each of the levels is a small series of rooms that are laden with supplies, enemies and traps. The aim is to get through these, collecting items, weapons, journals, and most importantly, tokens. The journals reveal fascinating horror stories, the first set I collected spoke about a detective arriving at a house where the family living there were discovered to be cannibals. The tokens meanwhile are needed to unlock new areas at the Hub, these include sealed off rooms containing more items, as well as unlocking access to more anomalies. It is insinuated the tokens are the way to escape your endless nightmare by paying a ferryman to bring you out of your half-life and into the real world. Should you die in an anomaly you will respawn back at the Hub. After each set of levels you are given the option to either play a new, tougher set, or to return to the Hub with all that you have retrieved from your run.

The game features three different view points, I used the traditional fixed camera angle survival horror view, but at the press of a button you can go to an over the shoulder view, as well as a first person perspective. These can be useful for seeing enemies that would be otherwise off camera. Each level is made up of a small variety of rooms. The mansion had zombies as the only enemy type, these remain static until you are close by. The second area took place in a dingy basement full of torture devices, it introduced the lizard man creature that has popped up in all the Outbreak games (an obvious copy of the Hunter from the Resident Evil games). Traps in the levels include flames shooting out the ground, retractable spikes and poison gas. The animation on these traps is very basic but serves a function. The game is janky and feels low budget but as with all the Outbreak games I have played there is an undeniable charm and an addictive quality that makes you want to play on despite the rough feel. This latest game is the most polished yet, it runs at 4K and up to 60fps on the PS5 and Xbox Series X and has motion capture for the first time. It also includes real-time lighting and shadows. The game is playable with two people and includes a simple crafting system that is time intensive and a little bit fiddly but better than what has come before. 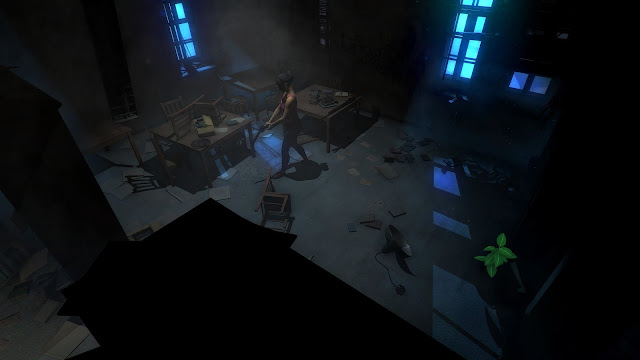 I'm around four hours into the game currently so I can't say for certain just how much value for money this is, though there will be free post-launch DLC during the first year of release. To celebrate the launch of the game there is a special bundle that includes all six current Outbreak releases (Outbreak, Outbreak: Epidemic, Outbreak: Lost Hope, Outbreak: The New Nightmare, Outbreak: The Nightmare Chronicles and Outbreak: Endless Nightmares). I will update this first impression with a score and more details of how the game panned out once I have finished it. The game isn't perfect by any stretches of the imagination, but there is content here that will keep you going it feels like.