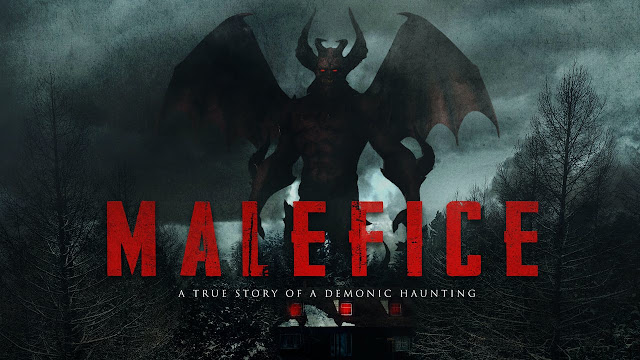 It isn't often a horror documentary comes my way but I'm always open to them, it makes a change from reviewing horror films. Malefice - A True Story of a Demonic Haunting had a great synopsis to it. I've seen a few paranormal investigation shows before but they always feel light on excitement even when I would assume those aspects are amplified to make events seem more thrilling. With Malefice you have a great set-up, and whether any of it was real or not it made for an entertaining 90 minutes. My synopsis will be based on this all being true, so that I don't keep having to include disclaimers about what I'm writing.

In 2015 paranormal investigator/demonologist Sean Austin (lead investigator on the Travel Channel show Ghost Loop) was investigating a property which was said to be where illegal abortions at the turn of the 20th century were performed. While there he prayed for any trapped souls in order for them to be able to ascend to peace. Thinking this was the end of it Austin went back to his daily life but soon discovered someone or something was angry at his actions. With this being Hell bent on getting revenge, Austin realised he needed to return to the property to confront his demons head on. In January 2021 he heads back to the property, along with fellow paranormal investigators Dave Spinks and Eric Connor, and with mentor Ralph Sarchie (a Catholic demonology expert who was the inspiration for the 2014 film Deliver us From Evil) on standby to offer support. His intention is to perform an exorcism in order to cleanse the place of evil, while removing the blight that has plagued him for five years. 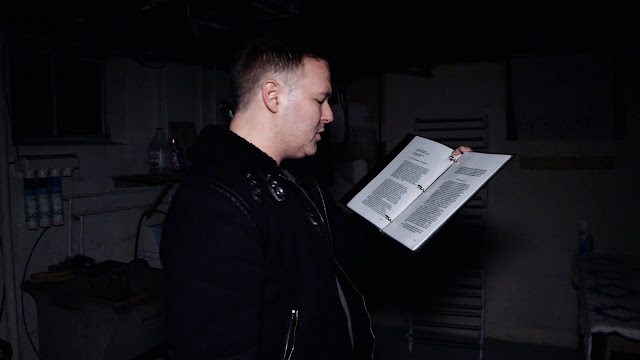 This all starts with footage and accounts from the initial visit to the house back in 2015. This helps in creating anticipation for the return. The way this was all set-up made it feel like it would work perfectly as an actual horror film. A man having to live with the consequences of his actions, forced for his own peace of mind to return to a dark place would be cool to see as a movie, and surprisingly as a documentary it also works quite well. When it comes to real life ghosts and demons I'm firmly in the sceptical category, I would like to believe but I don't. Even so I found this all interesting to watch. The return is filmed over four nights and features all sorts of strange goings on. The meat of Malefice is the three investigators trying to speak with the demon they believe is there. This is mainly carried out using a spirit box. I'm not too hot on all the technology they are using but it looks cool in a D.I.Y way. I also don't know how much of this is spruced up in post production but it all creates an interesting narrative. The house being the site of abortions, and the revelation that the demon they are encountering is Moloch (who was quite fond of child sacrifices it turns out) leads to back and forths between the investigators and the alleged haunting.

As well as these night time investigations we get to see other footage, such as recordings of the various rooms the cast and crew slept in that show extra bizarre stuff, such as a mic picking up sounds of screaming, and humanoid looking shadows on the walls. Personally it would have been nice to get more of a historical look back on the house, providing evidence for what they said had took place there would have made it all feel more real. The documentary is leading up to the exorcism on the fourth night, if this were a horror film this would be where all the most crazy stuff would happen, instead this made for the most chill night in terms of footage captured. This did make sense in a realistic sense but was slightly anticlimatic. 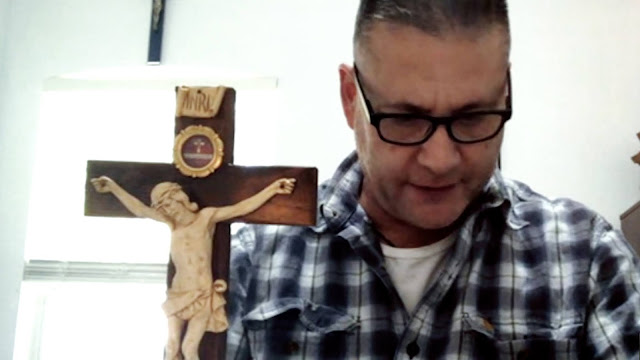 I hoped Malefice would deliver in terms of excitement and it does that, without the need to fall back on the often cheesy recreations these type of documentaries are wont to do. Whether you believe any of it is real or not this still made for an enjoyable and interesting documentary, one whose pacing is spot on and has a cast who all seem committed to their jobs without feeling the need to create larger than life personas. Malefice - A True Story of a Demonic Haunting released on June 15th exclusively to the new streaming platform ScareNetwork.tv.