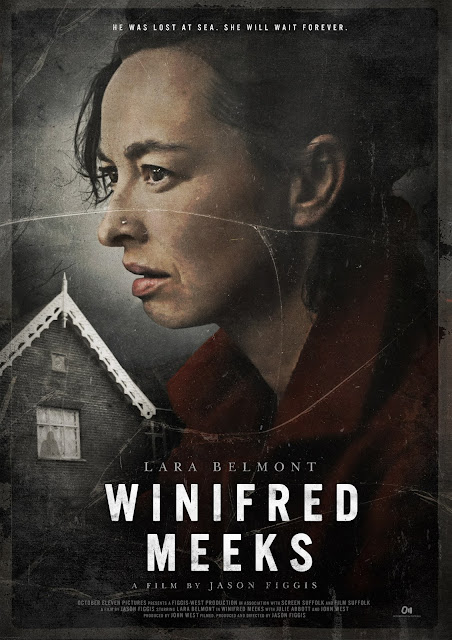 Winifred Meeks is a supernatural horror set in and around an old farmhouse in England. It was written and directed by Jason Figgis (Children of a Darker Dawn, The Ecstasy of Isabel Mann) and would be a perfect introduction for people who don't like horror films, as the horror here is very slight. Whether that is a good or bad thing depends on your mood, but at the very least this was a very well shot film with some great cinematography.

Anna James (Lara Belmont - Long Time Dead) is an author who has rented an old farmhouse close to the sea in order to begin work on her latest novel. With relationship troubles and a looming deadline she figures the time away on her own will allow her to really get into her work. After experiencing unexplainable events, mainly in the form of an often glimpsed woman, Anna begins to suspect the house she is in may be haunted. 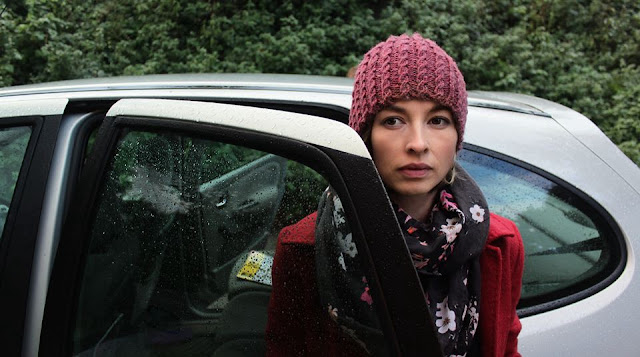 You have to give credit to Winifred Meeks for its stubborn refusal to really go anywhere with the story. It isn't long into the movie that we get our first glimpse of the titular ghost. Normally you would expect a gradual ramping up of the ghostly goings on over the course of the film, here though things never really escalate past the occasional sighting of the figure, and hearing her speaking. This gave the film a bit of a static feel, whether you are ten minutes or an hour into the film not much has actually happened. That also includes the plot, Anna spends nearly the entire film completely alone and not really doing much other than her usual silent routine. With fifteen minutes left to go something eventually occurs, but to be truthful not anything much more exciting than the power going out. I think your enjoyment of this would depend on your mindset going in. For me, I watched this as soon as I woke up today from the comfort of my own bed. I used to have a girlfriend who would insist on falling asleep with a film playing, I myself cannot sleep if there is any sort of noise and so there was a vague compromise in that I would choose a film I knew would be quiet. If I had still been with her nowadays I would have probably included this in rotation as aside from one or maybe two screams (one of which was from a film playing on TV) this is a mellow and low threat type of film.

To compensate for Anna spending about 98% of the film alone this became almost like a supernatural Gogglebox. Maybe to fill in the lack of dialogue, she is constantly either watching old films on the TV or listening to old radio programs. At first I keenly listened to these, convinced what they were showing or saying would be relevant, but it became clear these were seemingly chosen at random and had no bearing on the story. We get the launch of a space rocket, a Sherlock Holmes radio play, talking about the ruins of a Knights Templar castle, the history of Aesop's Fables and more. Maybe I was missing something but these all felt completely irrelevant to anything happening. Other methods of filling in the silence were more successful, mainly phone calls she has with her parents, her cheating partner, and her very moody agent. 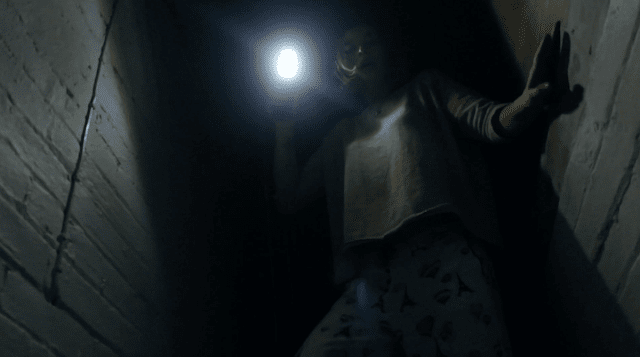 Thankfully Winifred Meeks is an interesting film to watch visually. I loved all the camera angles used, especially when they are just establishing shots of the area, and static shots of various rooms in the farmhouse. Details such as a close up of rain pattering on the windows, a long shot of Anna walking far into the distance while on a walk, all these were interesting and looked great on film. There were also a couple of nightmare sequences that very nearly fell into arthouse territory, these brief moments were slight dips into actual horror. Belmont was perfectly fine carrying the film on her shoulders, her pure silence made her into more of a believable character than if she was talking to herself the whole time.

I can't imagine anyone would be scared watching this, but I don't think that was the intention of this slow burner. It would have been good for an escalation of events as at times the whole supernatural element felt almost pointless. Still, for however slow and uneventful this all was it did look good, so if you are after something mellow to fall asleep to this may be the film you are looking for. Winifred Meeks is available now from Bayview Entertainment and is also due for release on 20th September via High Fliers Films.