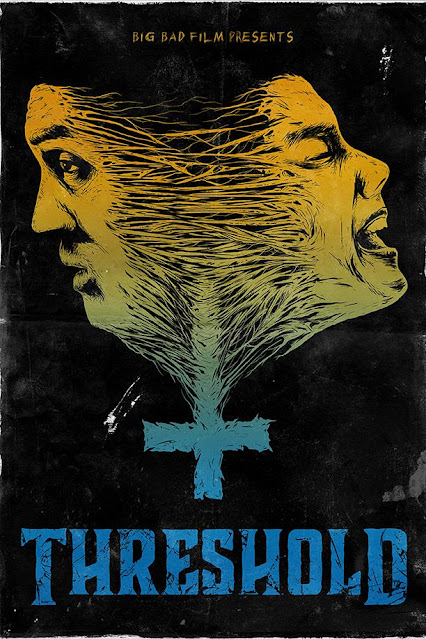 I saw the charming Ape Canyon the other day and remarked how much I enjoy road trip movies. Well it turns out the Gods must have heard me as Threshold is another road trip movie, this one shares many similarities with that other, but this one is much more a horror, and it also is very very good. This was co-directed by Powell Robinson and Patrick Robert Young (B*stard) and like that other (excellent) horror the story here was too written by Young. You wouldn't know it to see this but the entire film was shot using two iPhones, there were only three crew members, and much of the dialogue was improvised by the two main actors.
Leo (Joey Millin) at the request of his mother has gone to check up on his sister, Virginia (Madison West - B*stard). She has had drug problems in the past and so he is worried she has relapsed. Leo finds her having some sort of fit and he is convinced she is on drugs despite her protestations. She tells him a strange story, she had became clean some eight months earlier due to the help of a cult she joined. The problems began when she tried to leave the cult, she says they performed some sort of ritual on her that bound her soul to that of another person. She says that whatever one of them feels the other feels it also. Virginia is able to give some coordinates that she tells her brother is where this mystery man can be located. Wanting to escape some personal problems he agrees to go on a road trip with her, to drive her across America to where she is certain this man can be found. While not believing Virginia he can see she is in a bad place and so thinks spending the time on the road with her will help her to deal with whatever mental health issue she seems to be facing. 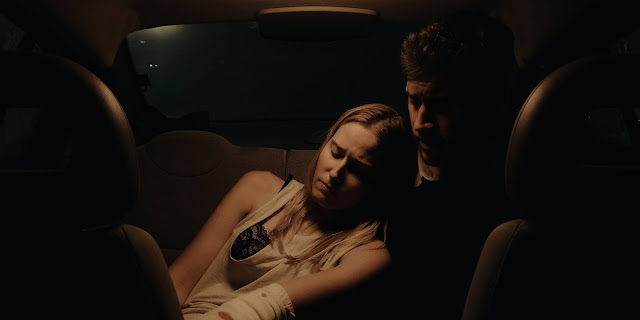 Threshold is definitely a horror but that only makes up a sliver of the eighty minute run time. At an estimation I would say a good 90% of this is roadtrip drama, leaving just 10% for the horror part. That may lead to some people feeling short changed, but for me these brief moments of horror were so effective exactly due to their scarcity. Rather than  be dumped all at the end these are inserted within, every now and again there will be a couple of minutes where it suddenly feels that it is possible that Virginia may actually be telling the truth. These moments include tiny scenes that possibly allude to the fact the pair are being followed by persons unknown on their trip, and a standout performance by John Terrell as Jed in the middle of the movie. I loved that these parts are chilling, yet not enough ever really happens to cement what the truth actually is. Despite a somewhat abrupt ending this tale gets neatly tied up with a cool and unexpected twist.
Much like Ape Canyon the core of this film is the relationship between the brother and sister characters. Their story is so central to this that there isn't much outside of it. Threshold has just five credited actors, and one of those is just a voice on the phone in the film's prologue. The relationship between the two protagonists is never rushed, it has them often travelling in the car, or at a motel talking about their past, about Leo's high school years as a drummer in a band, about their troubled relationship with their father, about Virginia's past use of drugs. All this comes across naturally, maybe part of the improvisation between the two. Their trip may have a set, potentially dangerous goal in mind but along the way they get to spend some quality time together. This takes the form of various activities, such as carving pumpkins, going to a karaoke bar, playing with a ouija board, activities which feel like they spontaneously occur. I liked that neither the two siblings are perfect people, both have very obvious flaws, and sometimes they get in blazing arguments with each other. With both having serious issues in their lives they realise they really need each other.
There is a low-fi look to this film but it never looks cheap, instead it compliments the down and out state of the two leads. There was just one part involving an arm wound that I thought looked a bit fake, other than that though West sells her inner torment and possible supernatural turmoil well, both the leads were good actors. 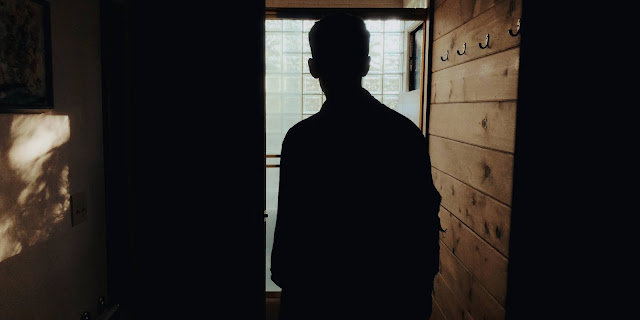 Despite the horror here being slight it was very effective, it made for a totally engaging film that I was invested in for the whole run time. That this manages to chill even though there is so little horror was a great thing to see. Threshold came to the Arrow Video subscription service today (May 3rd), it is available in the US, Canada and the UK. The film includes with it some exclusive extras, including a directors' intro, several commentaries and featurettes.
SCORE: