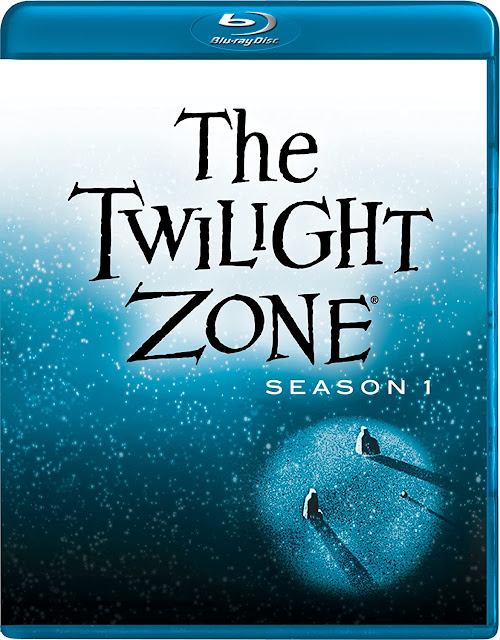 The Twilight Zone is a show that almost everyone has heard of, and for good reason, it remains a stone cold classic and one that still holds up today despite first airing over sixty years ago. A year or so back I picked up the complete collection on Blu-ray and after getting my dad the complete box set on DVD for Christmas I have entered into some sort of race with him. This show really is the Black Mirror of its time, while it could be accused of being quantity over quality, the good to great episodes, at least in season 1 far outweigh the bad ones (of which there are a fair few).

Season 1 is made up of a beefy 36 episodes, each one features an intro and an outro voiced by series creator Rod Serling, who also wrote a bunch of the episodes. The show is in an anthology format, each episode self contained featuring unique characters and settings. The thread holding them all together is that the protagonist of each episode has unknowingly strayed into the 'twilight zone', a place where the normal rules of the world no longer apply. Usually this is used to nightmarish effect but not always. There are a bunch of episodes that are sweet and feel good, and a less successful bunch of episodes that are played for comedic effect. The settings vary and are not always restricted to the (at the time) modern day of the 1950's, quite a few are sci-fi in nature, some are Westerns (Mr. Denton on Doomsday and Execution) while others take place during wartime (Judgement Night, The Last Flight and The Purple Testament). Nearly all of the episodes have some type of morality tale they are imparting, and most end with a usually cruel final twist that often manages to elicit a chill. 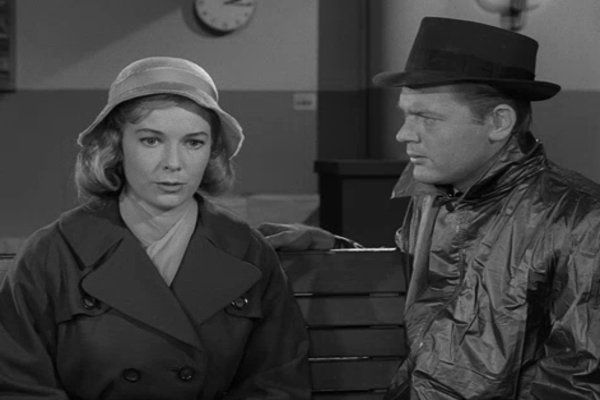 Similar to Black Mirror fears of the time are used in some of the stories, most notably fear of atomic war which pops up in a bunch of the episodes, such as Time Enough at Last (a man finds he has all the time in the world to do his favourite pastime of reading when he becomes the sole survivor of a nuclear holocaust) and Third from the Sun (a group of people plan to pilot a spaceship off their planet due to an impending nuclear war).
There are also the more common worries that people exhibit that resonate today, such as people who yearn for the simpler times of the past (The Sixteen-Millimeter Shrine, Walking Distance, A Stop at Willoughby).

I found the most interesting episodes to be the sci-fi and horror based ones. The former includes The Lonely, And When the Sky was Opened (one of the best of the season, this had three astronauts returning from a successful space trip only to discover everyone has forgotten who they are), I Shot an Arrow into the Air (another fantastic one with a great twist), Elegy, and People Are Alike All Over (one of the all time classics that I believe was even parodied on an episode of The Simpsons once).
The pure horror based episodes mostly still hold their magic even all this time later. Highlights include The After Hours (a woman locked in a department store after hours discovers the store mannequins have all came to life), The Hitch-Hiker (a woman on a long cross country drive keeps seeing the same man hitchhiking wherever she goes), and the very chilling Mirror Image (a woman in a bus depot at night encounters her doppelganger). 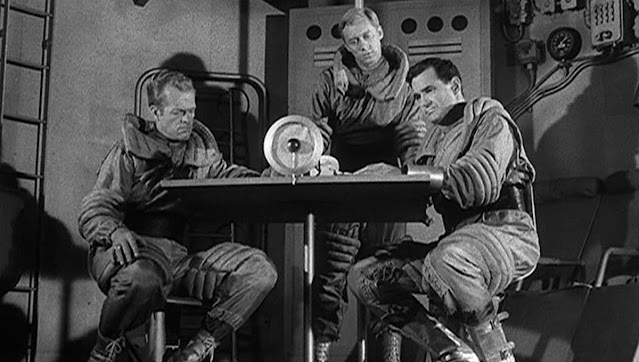 As mentioned there are bad episodes to be found also, it seemed mainly when the show tried to make comedy episodes they would turn out to be awful. It is also bizarrely back loaded, of the final six episodes four of them are comedy ones that include the two low lights of the whole season, Mr. Bevis (a bumbling man discovers he has a guardian angel), and The Mighty Casey (the new member of a failing baseball team turns out to be a robot). They mainly fail due to simply not being as funny as the show thinks they are. Another poor episode for different reasons was The Fever, a cautionary tale about the dangers of gambling was let down by poor special effects. The season ends on A World of His Own which is the first to introduce Rod Serling onto the actual set rather than as a voice over (which he would do constantly from season 2 onwards), is the only (to my knowledge) episode in which he directly interacts with characters, and can actually be seen as a possible explanation for the existence of the twilight zone itself, pretty cool.

Shot in black and white and featuring the acting style of the time, at a quick glance The Twilight Zone might seem like something that is too old today to invest much time in. However, even the worst of the episodes here were never boring to watch, the short run time (around twenty minutes I think?) makes them easy to get through, and like Black Mirror, these are episodes that need to be digested, I never watched more than one a day. I can't wait to see what the rest of the seasons have to offer after such a mostly strong first season.