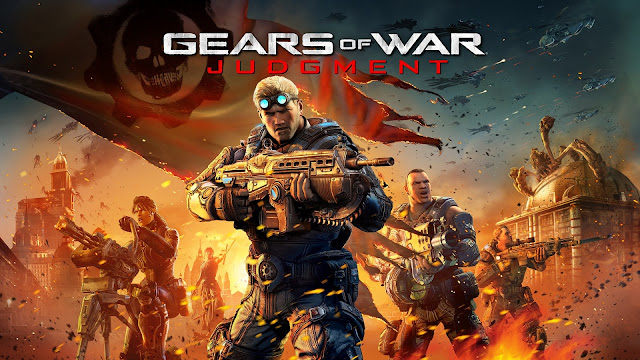 At some point last year I decided I was going to play through all the military sci-fi action game Gears of War. I believe there are five mainline games as well as spin-off Gears of War: Judgement which serves as a prequel, taking place before the rest of the games (some strategy games to but I have no interest in those). Due to that I started with Judgement and was disappointed to see this really did feel like a spin-off. The story is very low stakes even if I did like the way it was told. The game takes a far more arcade like approach to its gameplay leading to an often bland experience that favours enemy encounters over any kind of variation.

Gears of War takes place on a planet that is in the middle of an apocalyptic war. During an event known as Emergence Day an army of monsters named The Locust unexpectedly poured forth from within the planet. The first Gears of War game took place 14 years after this event but Judgement occurs must sooner to that. You play as the four members of Kilo squad with each chapter having you playing as different member. Kilo squad is made up of the wise cracking engineer Baird, former Thrashball player Cole, the gruff former UIR soldier Paduk, and fresh cadet, Sofia. In the present the group are on trial due to the unauthorised use of a rare lightmass missile. The game's six chapters then take place as flashbacks, with each squad member in turn recounting how they came to disobey orders and fire the missile. 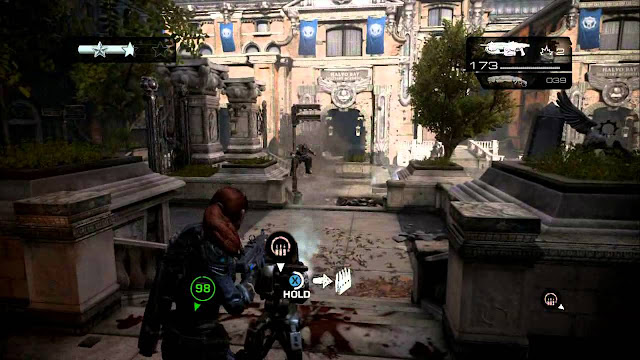 I hate the way this game was designed, it was by far the most off putting aspect of Judgement. Where before you would have large levels that featured a lot of set pieces and variation here instead you get short snappy missions that range from around five to ten minutes in length. This makes the game feel like the sort of one you would get on a handheld console, one designed for brief spurts of play. I hated the flow of the game constantly getting interrupted with the score screen, and I hated the option to have additional challenges. At the start of each mission you get the option to change some of the mechanics, it is dressed up in game as the character you are currently controlling disputing the official testimony during their court case. I found more often than not it just made things more frustrating, while adding little to nothing to the dull story. It doesn't help that the locations you travel to are bland and lifeless. During the course of the game you go to a military academy, a scientist's mansion, an old town, a naval base and various other places. For the console the game is running on these all look nice enough but they follow a very similar pattern in how they play out with minimal effort to make them stand out much from each other, aside from one that had you wearing a small mech suit.

Gears of War is a game which popularised the cover based shooter mechanic and there is plenty of that here. But there are also plenty of boring siege style missions where the only goal is to hold out for a particular time limit, while placing down gun turrets and trip wires. There were far too many of these, especially as the cover to cover combat while slowly advancing is when the Gears games are at their best. At times there is a lot of fun to be had, there was a neat level with you fighting load of these giant worm type creatures for instance, and the end of the game culminates in a boss fight that stayed on the correct side of fun. There are a whole host of enemy types here and new ones are introduced the further in you get. Of course among the variety of guns you get access to you have the Lancer and its always great chainsaw that lets you saw enemies in half. 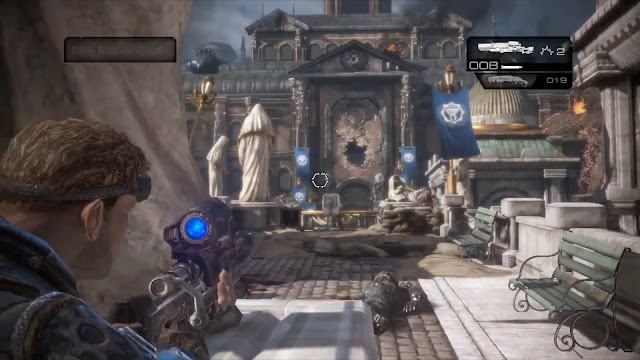 By playing through the main game you unlock an additional set of levels that take place during the events of Gears of War 3, titled Aftermath. Bizarrely this additional content is by far the most fun part of the game. It plays out like a traditional large level rather than a series of bitesize ones, includes new enemy types such as zombie type creatures and these large metallic hedgehog looking things, and takes you to a bunch of fun environments such as a collapsing building, a sinking tanker and a shopping centre that were full of set pieces. I don't know why this one part of the game was so amazing when the rest of it is so lacklustre. If the whole game had been like this it would have been brilliant. Instead it just serves to remind you how by the numbers and unexciting the main game was.

Gears of War: Judgement has a lot of strange design choices to it. It has a lifeless story that wastes the prequel potential, badly designed gameplay loops that feel very artificial and levels that never feel that different from each other. A missed opportunity but at least it feels that things can only improve after this game.

Posted by Daniel Simmonds at 03:57