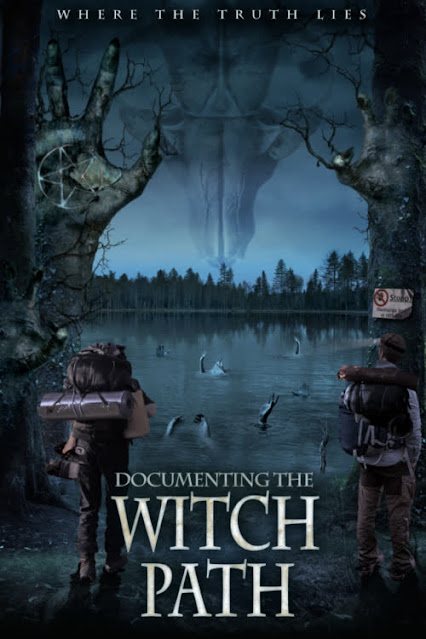 I first heard of the horror documentary Documenting the Witch Path back in 2019 and thought it sounded pretty cool. Originally I planned to watch this for review towards the end of last year, but with the pandemic nothing is certain and so it was a couple of months back that the director, Carl Sundström contacted me to let me know the entire documentary was now out to watch on YouTube for free. I have read complaints about how low on thrills this film is, but this is down to the apparent realism. This is a found footage combined with a real documentary apparent and so there are no conveniently placed sights or sounds caught on camera.
Carl Sundström and his two friends, Robin Franzén and Nathaniel P. Erlandsson are indie filmmakers from Sweden. Their latest project is to see them head to a lake in the county of Vasternorrland known locally as 'Witch Lake'. The legend goes that in the 17th Century over 300 women were executed in Sweden, accused of being witches. As well as being burnt alive many of these victims were also had to endure a 'Witch Trial' which involved their limbs being bound and then being thrown in a lake to drown. It isn't long into the friends research that they learn the lake they had planned to travel to wasn't in fact the real Witch Lake. A representative of the nearby town states the real lake had been sealed off from the public but refuses to state the reasons why. An internet search confirms these details, and it's made all the more mysterious by the fact that a lot of money was invested in making the place into a tourist attraction until it was suddenly all closed down. Intrigued by all this and thinking there could be a story in it Sundström decides to find this hidden lake and document his findings. 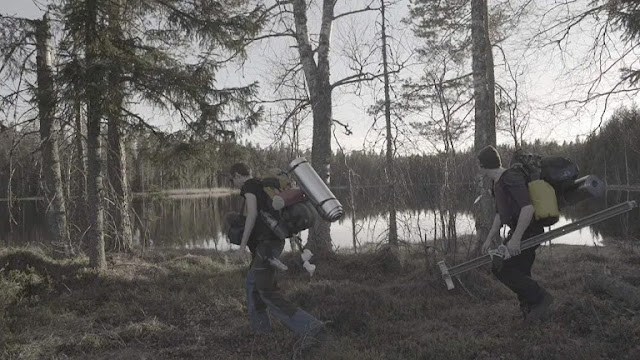 I spent a good deal of this wondering if any of what was happening really was real or not. Finally I began to think there was a  half truth to what was going on. The lack of anything really happening here led me to suspect this was at least partly real. Moments such as 'Blair Witch' style carefully placed stones and totems felt like something right out of a found footage movie, but that is almost as far as the horror extends to. Without going into any kind of spoilers there are elements of this that really are real, though the true aim of the documentary is far different to what it appears on the surface. Another element of realism is the frequent interviews with the cast after the fact, there is no effort to pretend that they didn't survive, instead this part creates expectation of something actually occurring on the creepy banks of Witch Lake.
The film has been edited together well and despite being a documentary/found footage mash-up the camera work remains consistently easy to follow. There are no shaky cam runs through the forest, or people talking directly into the camera. People panic but in a way that felt more grounded than over the top. The location was effective, and I especially liked the information cards they find pinned to the trees (after all there used to be a guided tour to the lake). It gave a lot of back story to the events that were meant to have transpired. As a documentary there isn't much meat on the bones, the research done into the history of the place felt minimal, though for reasons that do become apparent. The epilogue turns things on their head a bit in a way that I have seen done very similar in the Hungarian found footage Moth from 2016. It would have been nice to have this epilogue further expanded upon as it kind of just interrupts the doc and leads straight into end credits. 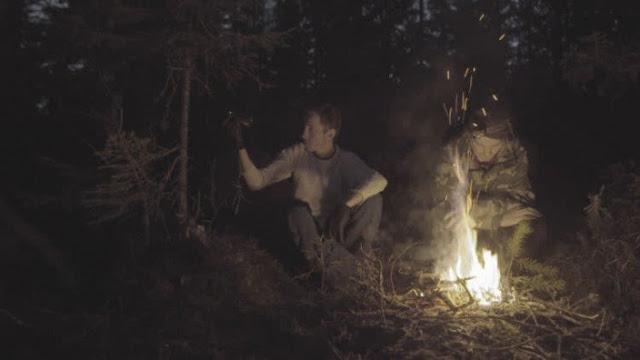 If Documenting the Witch Path had been billed as a straight up found footage horror I would have judged this a lot more critically due to the lack of much substance here. However, by combining this with an actual documentary it gave the film some leeway, that and the short 65 minute run time helped to keep things entertaining, I admit I really got into this in the documentaries second half.
SCORE: