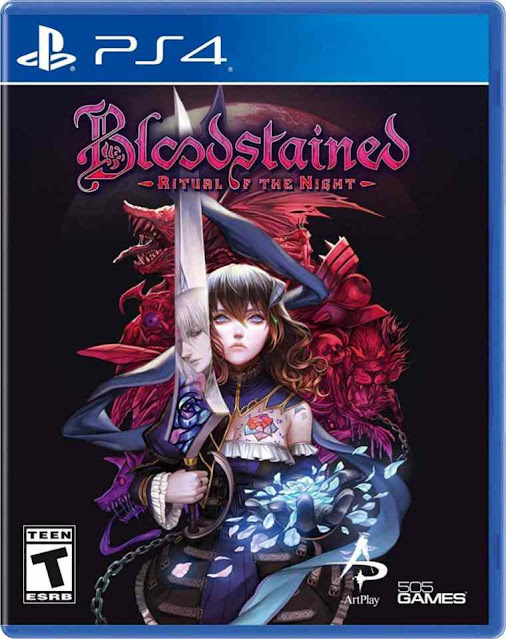 When I heard that former Castlevania series producer Koji Igarashi was making a spiritual successor to the series I was overjoyed. Castlevania, specifically the 'Metroidvania' genre of one huge open (usually 2D) level is something that I love so much. When Bloodstained: Ritual of the Night finally came out back in 2019 I snapped it up right away. I put fifteen hours into it and got right to the end of the game...then abandoned it. The other day I loaded it back up and spent a final confusing hour completing it.

The game is set in 18th century England during the industrial revolution. The backstory is that the Alchemy Guild fearing their influence was being lost to the emergence of modern technology decided to purposely release demons into the world. To do this they would bind demonically charged crystals to people who they would then sacrifice to Hell. Their ill thought out plan was that they would then be able to come to the rescue, banish the demons and once again be well respected. Things didn't go as hoped for though, in the ensuring chaos the guild itself was destroyed, along with much of England, and it was the Church who were the ones finally able to restore order.
10 years later and Gebel, who managed to survive attempted sacrifice by the guild has summoned the legions of Hell. He commands them from a gigantic castle, the Hellhold. His motivation is that of revenge, he wants the demonic hordes to find and wipe out the surviving members of the Alchemy Guild. Out to stop him is Miriam, she too is similarly demonically infused but avoided the sacrifice in the past by being in a magically induced sleep. 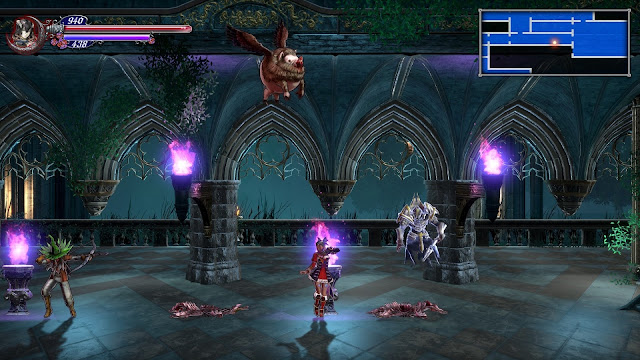 Going back into the game after a two year gap I had no memory of what had been going on. I think at the time the story wasn't that gripping and from reading back up on the events of the game I think that holds true. This was one of many elements that left me cold. What I loved about Castlevania was its basis on horror monsters, fighting zombies and skeletons and ghosts was cool, as was having Dracula as the antagonist. I get that they had to make this game feel different, and on paper having the enemies be demons sounded cool. There was just something lacking about all this though. I found all the characters to be bland and forgettable, even apparent main bad guy Gebel is as generic as they come. The final boss of the game was really cool though, a fun fight.

This is a 2D platform action game and the setting of a huge castle split up into different areas, such as dungeons, chapels and caverns was very similar to Castlevania. Again though it all felt slightly off. I think for me this was down to the graphical style that went far more cartoony, full of bright colours this seemed too bright a world. There are a huge load of enemy types, and they are mainly animated quite well but the style didn't appeal to me. I also didn't like how sometimes 3D was combined with the 2D, whether it be boss fights that featured a 3D model on a flat screen, or the occasional room where there would be a fake 3D style perspective. I didn't think the styles went together that well. Another concern was the music, Castlevania is known for featuring stunning music, here there wasn't a single memorable bit of music used, it again just merged into one and left barely any impression. 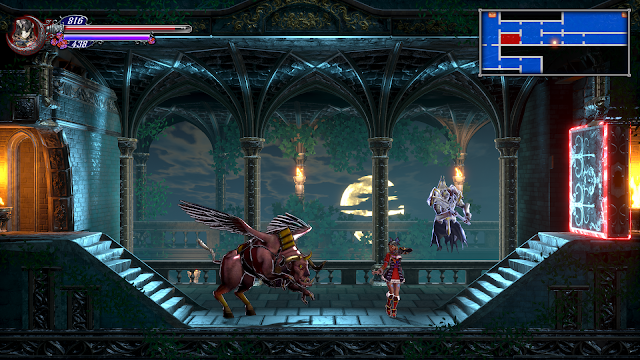 Combat wise this does things a bit better, though the inventory system can be a little clunky. Miriam can equip all manner of different bits of stat boosting clothing which all looks different from each other. She can use no end of whips, swords, knifes, many of which can be discovered in the levels, and many of which can be crafted by using ingredients sometimes dropped by defeated enemies. In addition to this an idea from Castlevania: Aria of Sorrow and Dawn of Sorrow is used. Miriam is able to occasionally steal the abilities of enemies which give her various powers and abilities, as well as attacks. My final load out for the game had me able to summon seven rotating paintings that would protect me from damage, I could also hold a button to slowly heal myself, summon a huge shield that could protect me from most damage, as well as have a passive ability to make my sword attacks stronger. With most enemies having a unique power to gain there is a very large pool of these to collect if you are so inclined.
Some of these abilities in true Metroidvania fashion are used to get to previously inaccessible areas of the castle. A teleport allows you to get past solid walls, you gain a double jump, the ability to travel along the path of a laser beam, and most cool, the ability to turn the entire castle upside down at will.

The game plays well and its locations are varied, and doesn't outstay its welcome. I finished the game after about sixteen and a half hours, and that was with it at 97% completion. There are multiple endings and in the two years since I originally played it a bunch of extra modes have been released. The best of which is 'Classic' mode that is its own homage to the original Castlevania games. These take the form of rigid levels and include music that is far far better than the more polished tunes found in the main game. 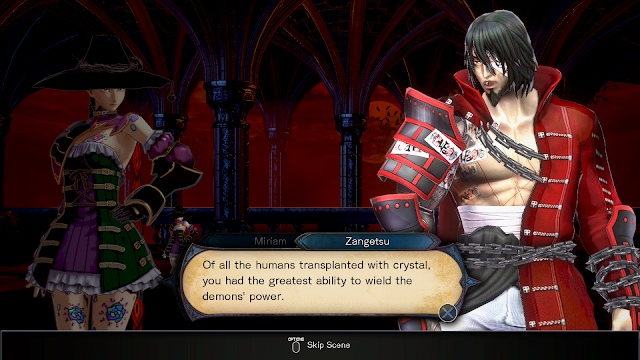 A slightly weird review in that I can't really remember a lot of the game I played. What I do remember though is honestly not really loving this that much. It's fine and I guess the best thing to a new Castlevania, but with so many games in this genre nowadays Bloodstained: Ritual of the Night is not essential to play.