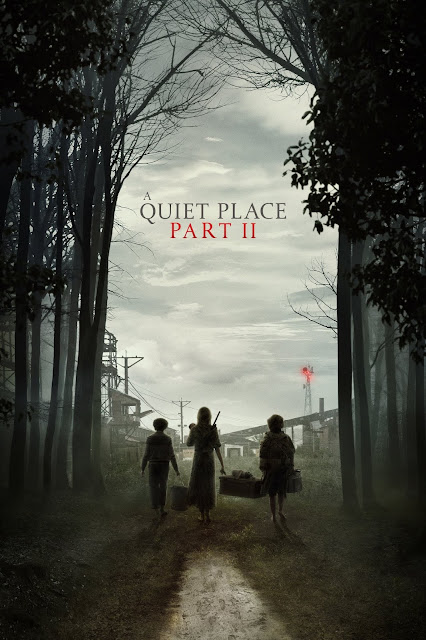 It isn't often I leave the comfort zone of my hometown and head further afield, but upon getting the opportunity to see an early screening of A Quiet Place Part II I headed out to Leicester Square in London. From what I recall this movie was originally due out a week or so before all cinemas closed in the UK last year. It is fitting then that it is the first film I have gotten to see in a cinema since before the pandemic began here. I liked A Quiet Place, I liked the idea behind it and so I was sure a sequel would be hard to mess up. While this doesn't deviate much from the formula of the first film it does build on the foundations, uses the same returning actors and again makes much use of the idea of sound as the catalyst for horrors to come. There will be unavoidable spoilers for the first film here.
The prologue takes place on the day the monstrous aliens arrive from space. It turns expectations on its head by having a very noisy first ten minutes, the complete opposite of the first films near silent opener. A family day at little league baseball turns into a nightmare for the Abbott family. Made up of Lee (John Krasinski), Evelyn (Emily Blunt) and their children that includes among them Marcus (Noah Jupe) and deaf Regan (Millicent Simmonds). Also caught up in the craziness of this initial attack is Emmett (Cillian Murphy - Batman Begins, 28 Days Later), a friend of the family whose introduction in this flashback sets him up for a larger role later in the film.
The rest picks up immediately after the end of A Quiet Place. The surviving Abbotts - Evelyn, Marcus, Regan may have finally discovered a way to kill the invading monsters but their farmstead lay in ruins and they are forced to leave, especially as Evelyn has a new-born baby to protect. They head up into the hills where Lee had identified other survivors may have been hiding. Here they encounter a despondent and potentially dangerous Emmett who has lost all hope in the world due to the death of his family. Evelyn is just looking for a place to hide but Regan is determined to share their discovery of the monsters weakness with the world, and upon finding a way to do this she secretly heads out on her own. 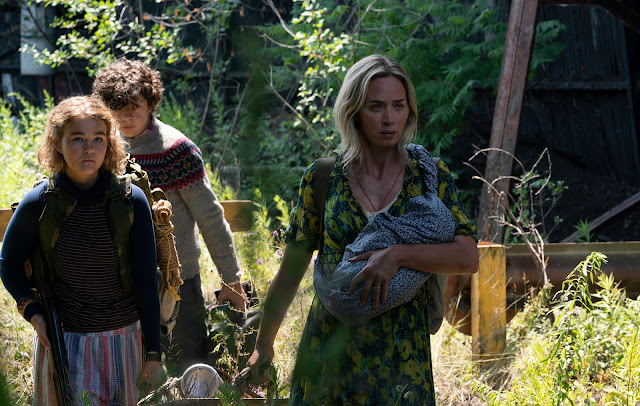 A Quiet Place Part II builds on what has come before but doesn't do much to significantly expand on the overall story. It felt similar to John Wick: Chapter 3 in that by the time the end credits role characters are essentially in the same position they were the previous time. A lot of what happens throughout the story is down to characters making bad decisions, and this can often be down to reasons that feel more believable than bad writing, especially when it comes to the young teens. A lot of the peril that happens here could have been avoided if not for the supreme danger the world is now in. One accidental knock of an object, one unavoidable outburst of sound brings the monsters running. A theme this time around seems to be about hope, how having it can imbue you with meaning and give you life. The people shown to be lacking it are sometimes just as bad as the monsters.
A Quiet Place slowly teased out the monster over its whole run time. With the creatures now identified they can be shown in all their messed up glory from the get-go for the sequel, something that the prologue, set in daylight really achieves. The effects for these monsters are cool, I especially liked the whole head flay thing going on when they get agitated by the feedback. This leads to plenty of thrilling moments of characters on the edge of getting killed but being able to pull things back at the last second. Rather than feel convenient these moments were always tense. The effects and set design were always consistently good. The scenes that show the aftermath of the apocalypse, whether that be the chilling sight of discard shoes as a camera pans past the platform at a train station, or abandoned cars on a bridge all added layers to this post apocalyptic world. 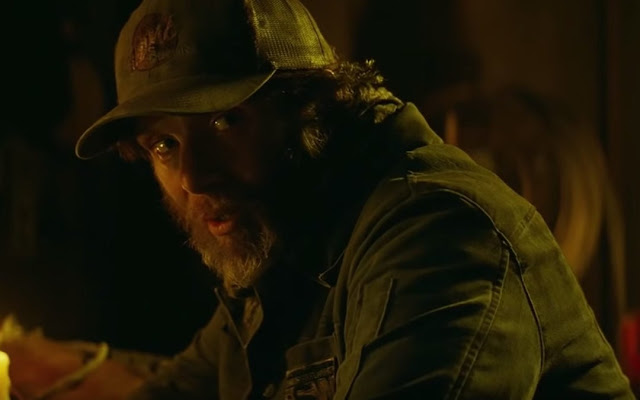 The returning cast were all great, Marcus is just as irritating as he always was, while the character of Regan really seemed to grow here. I have yet to see Murphy in a role where his acting is not fantastic and here is no exception. He conveys a lot with a little. Due to silence being key, and his being alone for so long he barely talks, but his actions speak louder than words. I have to admit it was great to see him back in the post apocalypse again.
Sound design is a key component of making this movie feel unique again, there are many moments where things are almost silent, and yes, occasionally these are punctuated with jump scares that felt a little too telegraphed, but this is made up for when it goes the other way. Regan's deafness is used effectively, some dizzying scenes when chaos is going on all around her and the film switches to her perspective with sound all cutting out - those moments were always highlights of the sound design.
A Quiet Place Part II is a sequel that doesn't take many risks, but it never needed to. The ideas behind this series are so strong that a gradual change up of more dialogue, more action and more monsters does not disappoint, in fact I enjoyed this just as much as the first film which in itself was great. A Quiet Place Part II is due out in cinemas on 28th May.
SCORE: