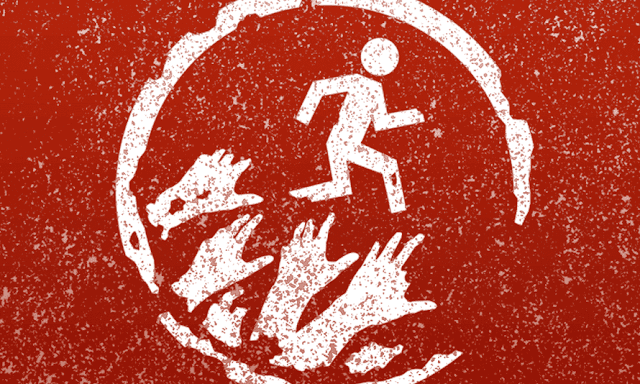 I'm an infrequent runner, and when I do run it is only around a mile I am able to do. The thing that gets me to run in the outdoors is Zombies, Run! This running aid, created in 2012 gives you the incentive to jog by framing you as a 'runner' in a post-apocalyptic Britain in which a zombie plague was unleashed. Each episode taking the form of a small story, while also granting resources in which to upgrade a base. There will be spoilers for season 1 to follow.

The first season ended dramatically with Able township's Runner 5 (the character you play as) being forced to seek sanctuary at New Canton, a community of people who were your adversaries for much of the season. It soon becomes clear there is a far bigger danger out there than this group, and putting differences aside Able teams up with New Canton in order to try and stop a mad scientist who has developed a device that lets him control the undead...

Season 1 was made up of 23 missions, this time around there are 45 main line missions, 16 side missions, and even 3 Halloween missions. That meant there was far more variation, and far more time to try and tell a more detailed and in depth story. What I enjoyed so much about season 1 was that many of the missions took place in woodland, useful as in the real world for that is the location I run around. For season 2 it felt like variation was the order of the day, throughout the main line missions you infiltrate a beached ocean liner, find yourself captive in several different places, including a prison complex, and you even get a couple of missions that are set in London. You encounter spies, murderers,cannibals, the intelligent dead and some thrilling in mission chases. There seemed to be a lot more characters but all were distinctive enough that it never got confusing as to who was who, even with me having taken around five year to get through it all! As bigger as the story is I did miss the more down to earth feel of the first season, though it was cool that the main story is wrapped up by the end of this, even if this season ends on a huge cliffhanger.

The integration of the side missions meant they had you step back in time slightly. Some of these side missions felt important to the overall plot, such as the introduction of a lethal girl scout gang. Others felt like complete filler and at worst provided some of the very worst stories of the season. Special shout-out goes to S1 Canada which was terrible. This had you getting in contact with a person operating from Canada and was full of recurring one liners that were not remotely as funny as it seemed to think they were. The Halloween missions were interesting in that they blended horror of a different type with the zombie apocalypse, the highlight was H1 Living Dead Girl about a cursed musical recording.

An an incentive to run it was more the base building aspect that I did it for, but at times the story was pretty fantastic, with a great cast of voice actors breathing life into the roles. There were twists and turns I didn't expect, while the descriptions of what is happening always easily allowed my imagination to run riot. It wasn't related to season 2 but there were a series of free to use The Home Front workouts. These were created in light of the pandemic that had kept people stuck at home. Taking the form of a large zombie crowd trapping the in-game characters in various locations these at times were quite moving with characters talking in a way that also related to the events of the past year, offering messages of hope.

The eighth season of Zombies, Run! released in 2019 so it seems this app is still going strong. I may not be able to recall what I originally paid for this, but seeing as it has been used on and off since around 2013 I have definitely gotten my monies worth. Here's hoping that season 3 takes me less than five years to get through, though with 60 missions it is going to take a fair while.

Posted by Daniel Simmonds at 07:04