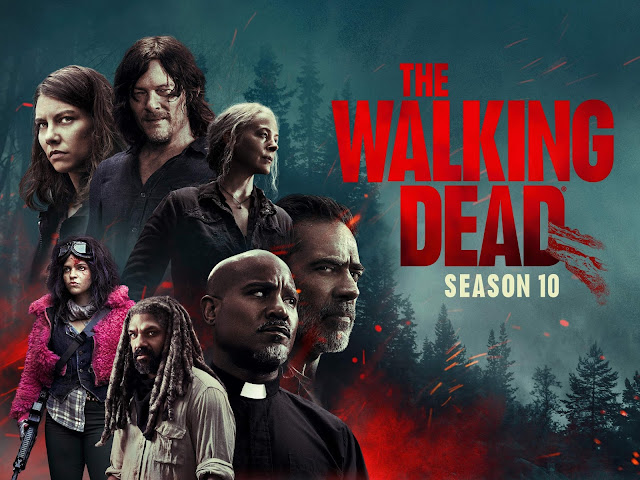 The Walking Dead's tenth season got interrupted by the current pandemic and so viewers had to wait quite a few months to get the season finale. The season ran for sixteen episodes with the story set-up ready to head into the eleventh and final season. Due to the break however, an additional six episodes were made, making up episodes seventeen to twenty two of the season. These episodes take on an anthology format, each one dealing with a different self contained storyline and featuring different characters. None of these episodes really add anything to the main story of The Walking Dead and so could be argued not to be essential viewing. There is certainly some chaff among the wheat, but this also features an episode idea that I have long hoped for. There will be unavoidable spoilers for earlier in season ten as a warning.

It begins with Home Sweet Home and centres around the recently returned Maggie (Lauren Cohan). This was needed as her reappearance in the episode previous hadn't left her much screen time to say much of anything. In this episode Maggie, along with some others head back to her base camp where her people are located. This wasn't a bad episode, though had the annoying habit that the show constantly does of introducing characters who are so obviously expendable they may as well be wearing red shirts, and then killing them all off by the episodes end. Still, there was a nice scene of Daryl (Norman Reedus) and Carol (Melissa McBride) caught in a gun battle with someone. 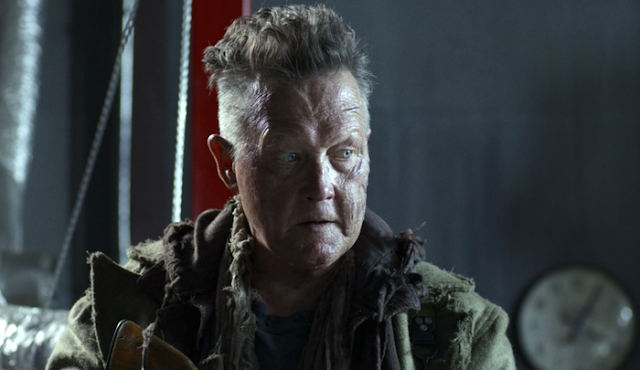 Next is Find Me that has Daryl and Carol as the protagonists. This constantly shifts back from present day to the time when Daryl had left the community, to show what he had been up to during that time. It all revolves around a hut out in the woods that has a lot of meaning for Daryl. With Carol and Daryl getting a spin-off show I thought that maybe this is setting the seeds for what that show could be about.
One More follows and was the darkest of the six episodes. It featured Gabriel (Seth Gilliam) and Aaron (Ross Marquand) in the lead roles. I think these anthology episodes are at their best when they feature characters who wouldn't normally get so much screen time. The two are out on a mission to try and find supplies for their community, but get caught up with a psycho who starts a load of mind games on them. Had a great guest appearance by Robert Patrick (The Faculty, Terminator 2: Judgement Day).

Past the halfway mark is Splinter, an episode that takes place directly after the cliffhanger ending of the season proper and centres on new character Princess (Paola Lázaro) as she tries to come to terms with her imprisonment. This kookie character getting some development was a cool idea, and shows she is maybe even more crazy than her zany personality would suggest. This was my second favourite of these epilogues, and it was kind of cool how it didn't really reveal much despite taking place after the cliffhanger of the season 'finale'.
Sadly what comes next is maybe the worst The Walking Dead episode ever made. Diverged once again features Daryl and Carol in the leading roles, and is a light hearted episode in which pretty much nothing at all happens. On the one hand it was a novel idea to have zero stakes and to show characters just existing in the post apocalyptic world. On the other hand though this just wasn't interesting to watch, Carol was far more irritating more than endearing. At least the parts with Daryl in zombie infested woodland trying to scavenge parts to fix his bike were entertaining, far more than Carol trying to catch a damn rat in her pantry! 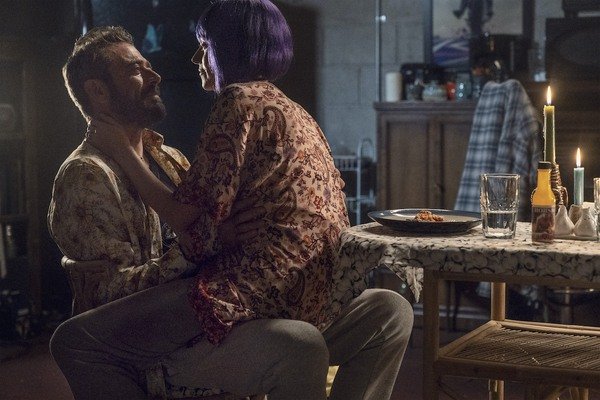 After Diverged it took a while to convince my friend to finish watching these extra episodes with me. When we finally sat down to watch Here's Negan it was worth the wait. I have always wanted a Negan origin story and this one doesn't disappoint. In the present Carol has asked Negan to leave the community and go live in the shack from Find Me. As he sits there he ruminates on his dark past. We find a Negan (Jeffrey Dean Morgan) not long into the apocalypse increasingly desperate to find supplies for him and his cancer afflicted wife. He has a Joker style The Killing Joke experience of one bad day that transforms him from a remorseful loving husband into the monster he became. The insinuation being that Negan was always this monster deep down, but the rules of society and the love of his wife were what always held him back. Negan has increasingly became one of the best characters in the show, it was hard not to root for him during this fantastic episode. It will be interesting to see how his relationship with Maggie (who certainly wants him dead) will unfold.

As always I love the anthology format. I feel some of these were a missed trick though, did we really need two Daryl/Carol centric episodes? Especially when Diverged was such a waste of time. If I had been reviewing this epilogue on the strength of that one episode this would likely have gotten a 4/10. However, the rest of the episodes are a lot better, especially Splinter and the brilliant Here's Negan.