The Rotting Zombie's Round-up of Horror News for April 2021 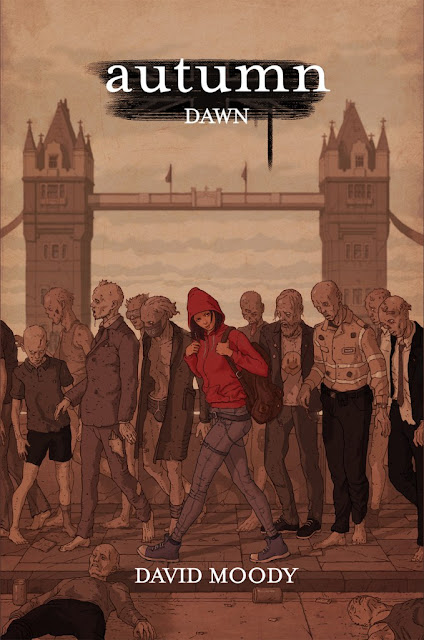 It has recently dawned on me that cutting my blog output from seven to five posts a week has meant I have far more emails cluttering up my 'news' folder on my email. A quick glance and I can see 92 emails sitting there, actually quite daunting! This month I will be writing this monthly news post over three days, so shall see if that results in me managing to get through a bunch of that.

Starting with some video game news, season 3 of Call of Duty: Black Ops Cold War released on April 15th and it brings with some new Zombies content. I have to admit I was hoping for a proper Zombies map, instead there is a fifth map added to the surprisingly enjoyable Outbreak mode. That map is Duga and looks slightly similar to the forest based Ruka, but with a lot more buildings and a gigantic metal frame you can climb. I do like the Outbreak mode, it changes the Zombies experience into something mainly more chilled and relaxed. On the flip side though these maps were never designed with Zombies in mind, as such the environmental details are quite generic. Ok, after that little geek-out onto the proper news.

Lurking Woods released on April 6th from Midnight Releasing and can be found on Amazon, iTunes, Google Play, Vimeo, and Fandango. A traditional sounding story of a group of friends heading away to a cabin for a partying holiday, as always though there is a masked killer there to ruin their plans.

On May 4th Bayview Entertainment are to release Zombie King. This horror stars Corey Feldman (The Lost Boys, Gremlins) and Edward Furlong (American History X, Terminator 2: Judgement Day) and is about a man who, desperate to see his deceased wife again makes a pact with Kaifu - the God of malevolence. In exchange for bringing chaos to Earth the man will become the 'Zombie King' and be reunited with his wife. In this mad situation a group of misfits in a small town must find a way to stop him.

Keeping on the undead theme is another recent release from Bayview Entertainment, this one being Rock & Roll Frankenstein. This has a crazy storyline that has a music agent, a roadie and a mad scientist who decide to dig up the remains of various famous musicians (including Elvis, Hendrix and Sid Vicious) in order to make the perfect rock & roll star. This was directed by Brian O'Hara and the DVD release includes a variety of bonus features.
There is currently an IndieGoGo campaign running to get funds to create Seasons - Four Spine Tingling Tales of Terror. As the title would suggest this is an anthology. This is set to feature a bunch of iconic horror actors, including Reggie Bannister (Phantasm), Jeremy London, Lisa Wilcox (A Nightmare on Elm Street 4 & 5), Felissa Rose (Sleepaway Camp), Lynn Lowry (I Drink Your Blood), Eric Freeman (Silent Night, Deadly Night 2) and Cleve Hall (Terrorvision). For more details head to the campaign page here.
The April release schedule for Arrow Video included Death Has Blue Eyes, Switchblade Sisters and Donnie Darko. Death Has Blue Eyes released on Blu-ray on 6th April, it comes from cult Greek director Nico Mastorakis and is about a pair of friends who create a bodyguard gig for a telepathic woman. Switchblade Sisters arrived on 20th April and revolves around a female gang, this was directed by Jack Hill and is described as an exploitation classic. Finally, cult classic Donnie Darko received a limited edition 4K UHD release on the 27th.
Anime film Demon Slayer -Kimetsu no Yaiba- The Movie: Mugen Train is coming to select UK theatres on Wednesday 26th May, with showings in Ireland to follow. The film will be available in English dub as well as subtitled and also available in IMAX. It is directed by Haruo Sotozaki. The anime series was about a man searching for a cure for his sister who had been transformed into a demon after their family is killed. This film is set after the events of the series and has the characters on a mission to investigate the strange disappearance of the Mugen Train. For more information checkout the website here.
Hoodman is a new horror crime thriller that is due to come to Amazon Prime on 1st May. It is about a young woman (Madison Spear) on the search for her missing child in a town plagued by an urban legend. A detective (Brock Morse) suspects a man (Jack James) is responsible. Their search leads them to start to believe the town's urban legend is real. This is the second feature film to be written and directed by indie filmmaker Mark W. Curran (Abandoned Dead) under his Nightwatcher Films moniker. Hoodman will come to other major streaming platforms in June this year.
Urban horrors Frankenthug and Vampiyaz are now out on DVD thanks to Windowmaker Films. The former is about a new gang who kill a guy, he ends up getting resurrected in a science experiment and sets out to get revenge on his murderers. The later is about a man who has recently gotten out of prison to discover his neighbourhood has been taken over by vampires. Both films can be brought from oldies.com.
Industrial rock artist Nuclear Sun has covered Nine Inch Nails' Head Like A Hole. The song is going to appear on the new tribute release, Couldn't Have Said It Better Vol.1 which is available digitally via Bandcamp and all major streaming services. Other covers on the release includes ones of Rabbit Junk, Cyatonic, Filter, Mindless Faith, and The Shizit tracks.
Israeli darkwave artist LIYA has released a music video for her song Kill The Beast taken from her latest EP, Cold Moon. She says of the video "...about someone with depression; someone who is not dealing with it and hurting himself and me, because we were together. It's about how his depression ruined our connection. The depression is the beast that needs to be killed."
Finally as a late addition there is news of the latest book in the Autumn series of zombie novels by David Moody. The Autumn series contain by far the best zombie novels I have ever read, I am beyond excited that after a gap of around 9 years we are getting not one but two Autumn books this year, with a third arriving in 2022. Autumn: Dawn is due for release on May 31st, if you pre-order the book on the Infected Books website you get immediate access to a digital version of the book. Love the tagline for this new novel 'WELCOME TO LONDON. Population seven million. 99.9% of them dead. The survival of the rest balanced on a knife-edge.'
Posted by Daniel Simmonds at 10:32