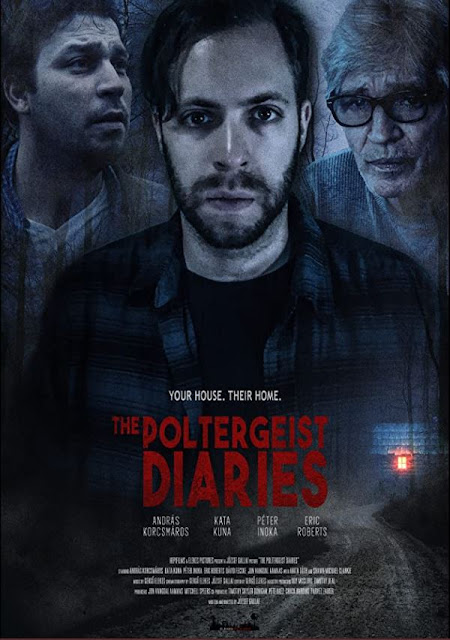 A new trailer for the upcoming József Gallai directed horror film, The Poltergeist Diaries has been released by Bayview Entertainment. This features Eric Roberts (The Dark Knight) alongside András Korcsmáros and Kata Kuna and is about a man, Jacob Roberts who disappears shortly after moving to a remote cabin. All that is left behind is strange footage he had filmed, which family, friends and a detective use to try and find what has happened to him. From the trailer it looks to be very Blair Witch in style.|
The Poltergeist Diaries is coming soon to DVD and VOD.
Posted by Daniel Simmonds at 10:54