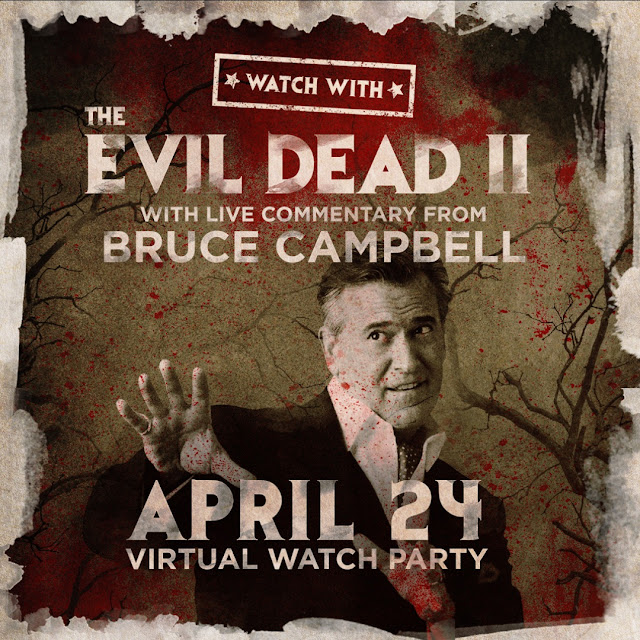 Back in January of this year the iconic horror legend Bruce Campbell hosted a worldwide virtual watch party for The Evil Dead. Despite having to stay up until the ungodly hour of 4AM to attend I thought it was fantastic, it felt like Campbell had infinite stories he could tell about the background of creating that film. During the event he hinted that there could be future events based on his subsequent films and that has now been confirmed.

On Saturday April 12th Evil Dead II is going to be streamed live with Bruce Campbell once again hosting to offer his memories, stories, and anecdotes, as well as answering questions from the chat. There are a variety of ticket packages on offer that range from Basic Evil for $25 that includes the access to the livestream and VOD, all the way up to Ultimate VIP that includes a whole host of stuff for $2500.
It isn't all good news though, you may notice the 'worldwide' part of the title is now missing. As of writing this livestream will only be available in the United States and Canada, this is due to licensing issues and really sucks! If you are in either of those countries then attend, it will be great. For more details check here, where tickets can also be purchased.