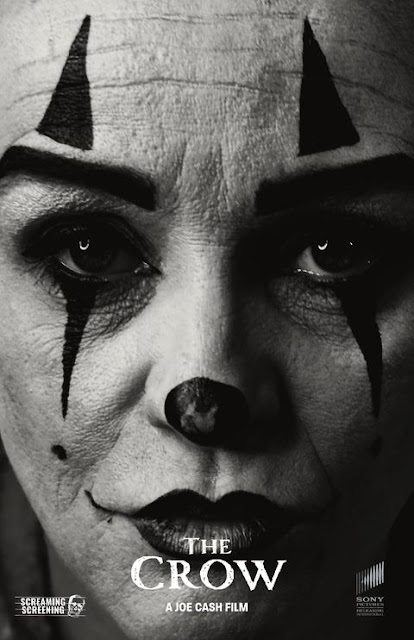 For years now there have been attempts to create a remake of the iconic 1994 Gothic superhero/horror The Crow. This was perhaps most well known for being actor Brandon Lee's final film role (as Eric Draven), due to a tragic accident on set. Details have recently leaked of a new attempt to get the remake created.
This latest go of The Crow remake is apparently due to come from Screaming Screening Productions, with Joe Cash (Slutty the Clown, Jezebel) attached as director. Ernie Hudson is in talks to reprise his role from the original, Lori Petty is in talks for a role also, and Claire Bacon would be playing Erica Draven, a role change that would make this different to just a straight remake.
The initial budget of 40 million USD has now changed to 7 million USD. If this all goes ahead then filming of The Crow will begin next year.
Posted by Daniel Simmonds at 08:46