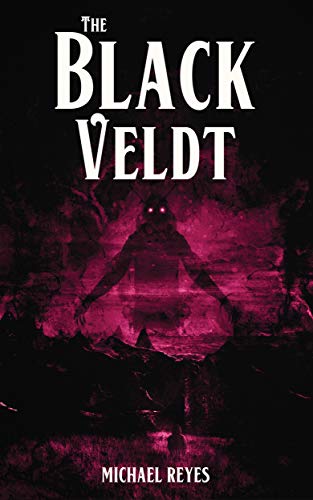 Getting back into a bad habit of taking forever to read books sent to me for review! To be fair, for whatever reason I was unable to get The Black Veldt by Michael Reyes working on my eBook reader and so had to read the 77 page novella on my computer. I have issues with where the story ended up going, however it was clear from the very start that this was a well written story, done in a sordid and grimy style that I particularly like.

Jose Carvel is a bit of a waste of a human being, an aspiring writer but spends his days in a dead end job, selling drugs to his co-workers. He lives in the slums of New York, but it is a setting that suits him, having come from a much worst place. One day he encounters an enchanting woman named Jakova. This mysterious lady sends Carvel on a downward spiral, while also seeming to have something to do with the nightmares that have plagued him his whole life.

I started making notes about The Black Veldt from around the sixth chapter of the nineteen chapter story. To begin with this had everything I enjoy, it is always entertaining to follow a reprobate protagonist, they make for much more interesting characters than wholesome people do. The first act is where this was at its best, I loved the descriptions of the down and out areas Carvel inhabits, I liked how weathered and used to the violence and criminality of his life he was, and how he was able to stick up for himself. I also enjoyed how his dark past was drip fed to the viewer, revelations occur due to incidents he gets caught up in.

The novella starts with a nightmare sequence and several more pop up during the course of the story, but it is chapter nine when this horror skips over into the real world, this is H.P Lovecraft by way of Charles Bukowski with all the mess that notion brings with it. This horror is what began to unravel the story for me. As Carvel becomes infatuated with Jakova his life descends into ruin, this is shown via the increasingly dream like feel the story takes on. Carvel starts out fully fleshed, but then as he gives in to addiction his character fades away into barely feeling present. The random locations, the random events, and the bizarre story all combine to create almost a feeling of stream of consciousness. I thought it was an interesting way to tell the story, but I also couldn't help but feel it took away from the solid world building that had gone on before. It culminates in a abrupt ending that thinking back on afterwards was kind of a neat idea, I liked what it suggested even if it came off the back of a meandering last third.

Regardless of my thoughts on how this all played out it was well written, you could almost feel the grime and degradation of the world. Reyes is a good writer, and I am actually also currently reading a different novel of his for future review. The Black Veldt does something original in feel, and that can only be a good thing.