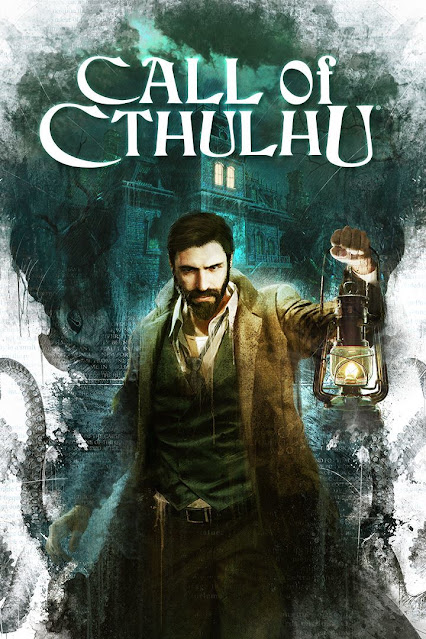 Cyanide's horror video game Call of Cthulhu shares a strange history with Frogwares The Sinking City. Originally Focus Home Interactive hired Frogware to make a game based on the works of iconic horror author H.P Lovecraft, but they ended up severing ties with that company and instead hired Cyanide. Frogware were undeterred by this though and carried on to bring their game to completion. This has resulted in two different games that both share a hell of a lot of similarities. Coming into this fresh out of The Sinking City I was excited for more Lovecraft, however as enjoyable as Call of Cthulhu was it is a poorer version, something that the many similarities only highlighted.

Call of Cthulhu takes place on the remote island of Darkwater, in the 1920s. Former U.S soldier Edward Pierce (now a private investigator) has been hired by the father of renowned artist Sarah Hawkins to investigate the circumstances of her strange death on the island. Pierce arrives to find the islanders very secretive, though he makes an ally in the form of Officer Bradley. They soon discover that there is far more to the apparent accident than at first it seems. Their investigations uncover a hidden cult operating in the caverns underneath the island as well as the discovery of a creature that has somehow infiltrated their world via the paintings of Sarah Hawkins. 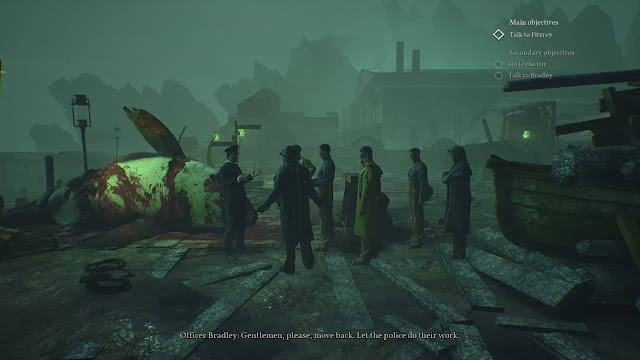 This review is going to be littered with comparisons to The Sinking City which I think is fair game as both share such a similar story. That game was a third person adventure that took place in a large open city setting. It featured lots of investigating as well as plenty of combat. Call of Cthulhu is a first person adventure that is level based. Each of the fifteen chapters places Pierce at a different constricted location. Starting off at the docks of Darkwater your adventure takes you to the Hawkins Mansion, a large asylum, caverns and other mainly small locations. There is no combat here (outside of one small section towards the game's conclusion), instead Pierce explores locations, finding clues, talking to other characters and solving mild puzzles. That isn't to say there is no threat, there are several levels that are stealth based and see you learning the movement of guards in order to sneak around places you shouldn't be. These stealth sections also take the form of avoiding the game's big monster character, The Shambler. Much of the game is very easy, it is more about the story than too many gameplay elements.

Both of the two games have a PTSD afflicted former soldier, now detective, heading to a remote sea based community. The actual story becomes a lot different, though both are headed to, and end up in very similar situations that sadly stretches to both sharing terrible underwhelming endings that feel like they ran out of time or money. Both detectives also share a very similar ability to be able to step back in time and live through recreations of crime scenes, they even both have the same kind of wormhole thing they access to do this. This game was fun for a lot of the time, I liked the system that gives you experience points to sink into different perceptions, such as psychology, strength and knowledge of medicine and the occult. It was fun building up these different skills, and they have an impact on the game by allowing you extra dialogue options when speaking to other characters, things like the strength stat would also allow you different ways through levels. There never felt like too many places these would come in handy. Outside of a handful of large levels the environments are small and feel more like something out of a Telltale adventure game. It was always fun getting through these, but they didn't always feel like they fitted well with the more larger stealth sections. 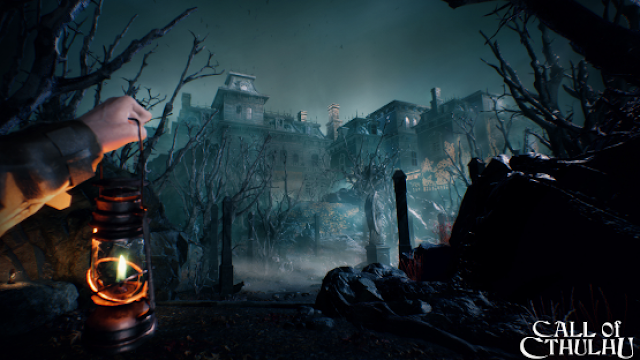 I had heard this was the better of the two Lovecraft games, and the physical feeling body you inhabit (the game is first person but your limbs are often shown, rather than having a floaty feel, think more Outlast than Half-Life) was satisfying. The strange greenish tint to everything became a bit samey in look at times. Set design was great, but there were some distracting concessions to budget, such as many of the non important characters seeming to share the exact same character model with slight variations on hair. There were some cool design choices to tell the story, such as several levels that takes place using a different protagonist that are able to reveal things that Pierce wouldn't know.

Call of Cthulhu was a decent enough experience but the story didn't grip me that much. The Sinking City may have been janky and under polished in places but at least it had atmosphere in spades. With abrasive cuts between locations I never felt that Darkwater was as much of a real place, it felt like a series of levels and that did take away my enjoyment. The role playing aspects were interesting but they didn't have as much of an impact on the direction of the story than I hoped, all in all if you are after more Lovecraft inspired games then check this out, just don't expect to be enthralled by it.