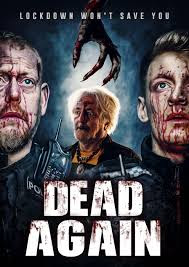 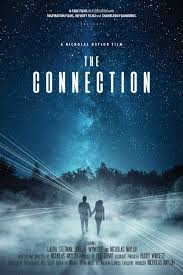 Two bits of film news to mention on this double feature news post. First up, releasing on March 2nd from Midnight Releasing comes The Connection. This science fiction film was written and directed by Nicholas Naylor and stars Laura Stetman (Todd), Nicholas Naylor, Joel D. Wynkoop (Toxic Alien Zombie Babes from Outer Space) and Rod Grant (Illusions).
The synopsis for this is 'One night two people's worlds changes forever as a mysterious light in the woods connects the two in a way far beyond their understanding. As they set out to get their lives back to normal, they find the connection is the only normal they may ever know again.'

For something completely different there is Dead Again, a comedy zombie film that is already out, via ITN. This was written and directed by Steven M. Smith (Haunted series, The Doll Master).
In a crime free rural village a young recruit has arrived fresh from Police training. After a virus is released that transforms the village's peaceful population, the recruit teams up with a jaded police sergeant for what might turn out to be both his first and last day on the job. This sounds like an indie version of both Shaun of the Dead and Hot Fuzz mixed together, in a genre that is close to my rotting heart. I hope this one turns out to be ghoul-tastic. I have a screener of this to watch for review so look out for a review coming soon.

Posted by Daniel Simmonds at 08:13