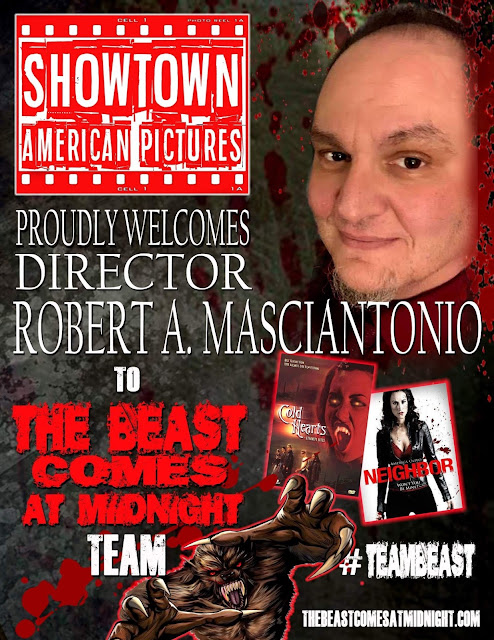 The director of cult vampire film Cold Hearts, Robert Angelo Masciantonio has signed on to direct new werewolf movie The Beast Comes at Midnight. The film revolves around a young podcaster (Michael McKeever) whose interests lie in investigating all things paranormal, serial killers and conspiracy theories. He finds out the small town he lives in is under attack by monsters. The only people who believe his wild claims are a cheerleader (Kylissa Katalinich) and a sideshow fortune teller (Robert Bronzi) who was once a monster hunter. Masciantonio joins musician and film composer Dennis Tenney (Night of the Demons 1 and 3, Leprechaun 3 and 4).

Executive producer Todd Oifer says of this film: "We are setting out to make a monster movie with practical fx and a riveting story that appeals to both lifelong horror fans and new followers of the genre. In the vein of classics like The Lost Boys, Silver Bullet and Phantasm that star young actors thrust into extraordinary and fantastical situations. The team felt only Robert A. Masciantonio could deliver the goods."
Posted by Daniel Simmonds at 11:02