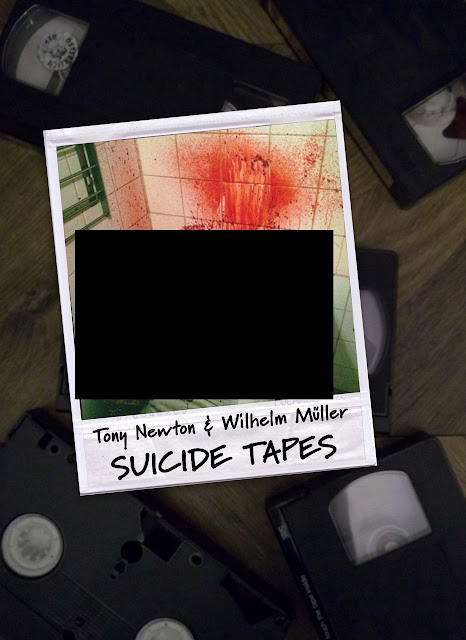 Exploitation film director Wilhelm Müller (Neighbor No.9) has teamed up with fellow filmmaker Tony Newton (segments on Virus of the Dead, 60 Seconds to Die) to make a new anthology, Suicide Tapes, which the press release states is the first horror film of its kind. As the title might well indicate this is going to be made up of a collection of short found footage horror that each revolve around a suicide occuring on camera. Apologies for the censored cover picture, was a bit graphic!

They are currently seeking submissions and have set out a few rules for what they are looking for, which are as follows:
'Create a short horror film in under 5 minutes. Each short film must include a death by suicide scene and can either include just the suicide or also a little story surrounding it. The tapes will appear to be found and can include the victim talking directly to the camera. Can be filmed using any camera or smartphone as long as the film is delivered in landscape orientation 1080p HD. You will need a title at the start and end credits. This is an Underground Horror anthology film and can feature graphic scenes of faux blood, nudity and gore but NO REAL SELF HARM. If there is dialogue, it should either be in English or with English subtitles. If you use music, make sure there is no copyright!'
Completed films can be sent via wetransfer.com or google drive to cerebralfilm@gmail.com or tony.newton.productions@gmail.com.

This type of thing really isn't something I get much enjoyment out of at all, I learnt that with Faces of Snuff! However I'm sure there are plenty of people who this will appeal to, fictional horror should be celebrated in all its various forms and genres whatever the particular perspective of this rotting blogger.