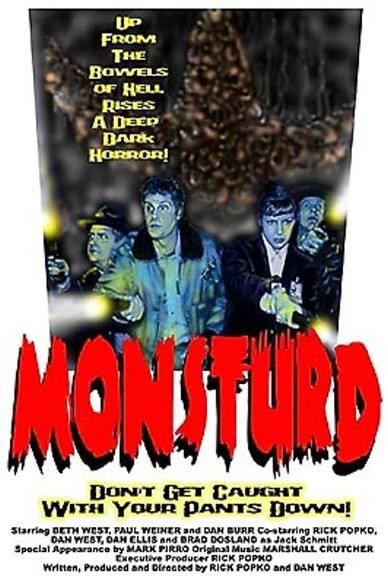 I can't say I've ever heard of the cult horror movie Monsturd but from the title alone I can get an impression of the sort of film it would be. 4321 Films have bizarrely announced a novelisation of this story, one that has been written by the 2003 movie's original creators Dan West and Rick Popko.

West said of his creation: "Strangely, as a movie, Monsturd's success exceeded our wildest expectations, it's been distributed and reviewed in countries Rick and I have never been to yet, including Russia and Portugal. Over the years, we've received quite a few fan inquiries asking if we ever intended to do a sequel. Nut, I'm afraid that unless Hollywood ponies up a significant amount of cash up front, it's probably never going to happen. That's one of the reasons why we wrote this book. While it faithfully retells the events from the movie, it also features a number of new scenes and character expansions that weren't in the original movie."
That sounds similar to the novelisation of The Killing Death which did a similar thing by including new scenes.

Monsturd the novel is available both in paperback and as an electronic download.