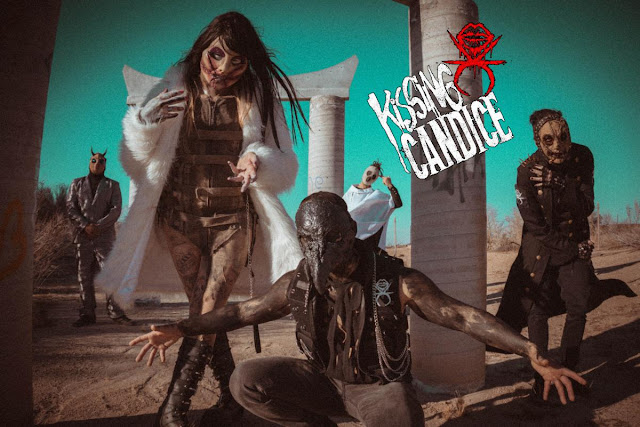 New York based masked band Kissing Candice have released their new single Raise Her. This track is described as 'depicting acts of fetishism, masochism, and other deviant dark fixations that linger at times in the dark recesses of the brain'. It was one of the first songs written for the band's new album which is due out at some point in 201. Vocalist Aunt Donna (Joey Simpson) says of the music video: "I want people to watch this music video and walk away saying "what the hell did I just watch?!? I think I like it..."
Posted by Daniel Simmonds at 13:29