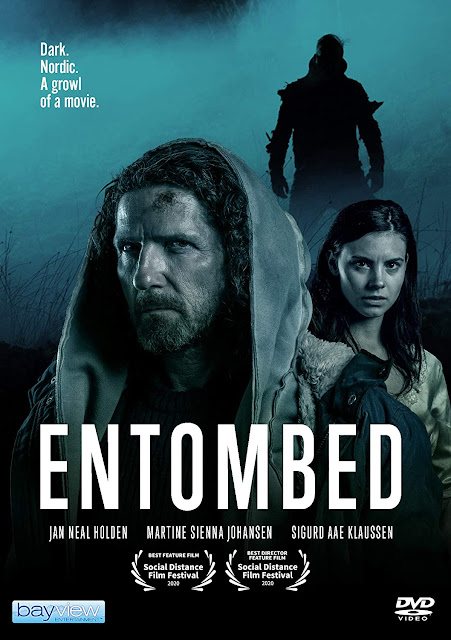 Post apocalyptic horror Entombed was released on DVD and Digital on March 16th from Bayview Entertainment. This Kjell Hammerø directed film stars Martine Johansen, Grethe Mikaelsen and Herbrand Larsen. The synopsis is that in the near future a pandemic has brought about the collapse of civilisation. Seamus, a man on the run, discovers an underground shelter which he thinks will grant him safety. However, he soon finds out that he is not alone and that things may be even more dangerous than up on the surface.

Also from Bayview Entertainment is Holly Mollohan's My Autopsy which stars Dominic Cancelliere, Joseph Moreland and Hunter O'Harrow. This drama is about a woman named Rachel who is so desperate for love that she stumbles into an abusive relationship. Even after escaping this relationship she is haunted by the memories of her abuser. Described as 'sex, drugs, rock and roll, and stream of consciousness poetry with a dreamlike twist' this movie is available to buy now.
Posted by Daniel Simmonds at 11:51