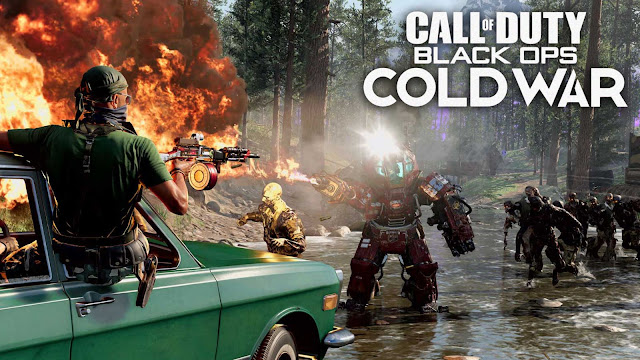 A week last Thursday kicked off season 2 of Call of Duty: Black Ops Cold War, and with that season there was a brand new mode for Zombies. Outbreak is different to the traditional experience in that rather than be wave based survival you are instead dropped into one of three large maps with up to three other people and then tasked with performing one of five different tasks.

In terms of the story this is the continuing adventures of the team that are up against the sinister Omega Group. This time you have headed to Russia's Ural Mountains in which the largest tear in reality yet recorded has occurred. The maps themselves are repurposed from the large scale multiplayer Fireteam modes and so they don't feel like they were designed with the walking dead in mind. Ruka takes place in a woodland forest, Alpine takes place at the top of a ski slope, while Golova has the feel of an Eastern European town. It is randomised which map you start on keeping things feeling fresh. 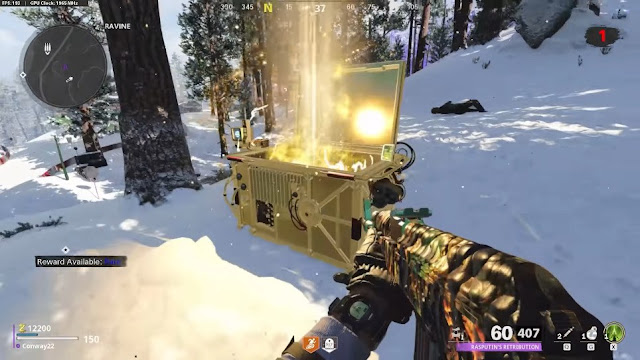 Upon starting Outbreak you are given a marker on the map to head towards which will be the level's objective. On the way you battle undead but never in the huge amounts you would get in a traditional Zombies map. Instead this is much more chill with you able to take potshots at the random ghouls wondering around. Taking some pointers from Warzone there are chests dotted around the maps that give you points to buy armour as well as grenades and the such. Each map also has a mystery box, armour stations, and a pack-a-punch machine. Upon opening the beacon to either exfil or head to a new level (in which the difficulty increases each time), you also get access to all these machines.

The objectives are kind of different to each other and are as follows. Defend has you under a time limit defending a machine from zombie attack. If it takes too much damage the game will be over. I found this to be one of the toughest of the objectives, even on low levels this can be quite hard. Escort is similar but instead has you defending a small vehicle as it makes its way to its goal. Due to being outside this was a little easier. Retrieve has you tasked with finding two canisters and bringing them back to a machine. To make this harder your movement speed is severely restricted while carrying a canister. Eliminate summons an elite enemy to battle. Normal elites appear as enemies around the map, so the Outbreak elites are much tougher, and they have a habit of warping around the map once they have taken damage. Holdout is perhaps the hardest, this transports you to a small area which you have to defend against in the traditional manner of keeping windows boarded up. The small fighting space, and the fact it takes place in the Dark Aether (making it harder to see) keeps it intense. 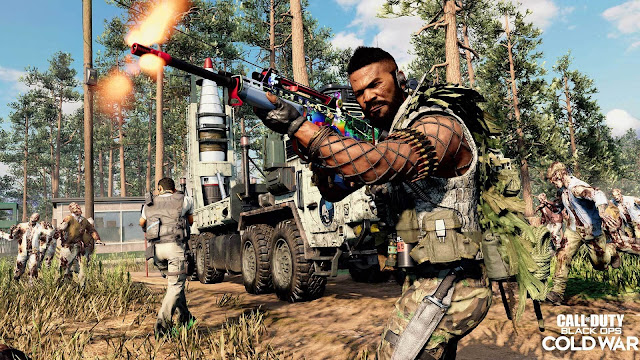 I was worried that Outbreak would be like a large scale Onslaught. These both take place on repurposed multiplayer maps, but due to the more random nature Outbreak rarely feels dull, the inclusion of vehicles is cool, and this feels the toughest of the modes currently out due to how much longer it can take to amass points and get useful weapons and perks. As it is currently there is a lot to like, especially in that Outbreak is the only mode that gives you the currency needed to upgrade your weapons to tier 5 (before Outbreak tier 3 was the maximum). I figure that as more Fireteam maps are added to multiplayer so too will more available maps come to Outbreak. From its slow start of just having the one map on the Zombies side of this latest Call of Duty, this is really beginning to take shape. I'm interested to see where the game goes next. Outbreak is highly addictive and at its best it channels the spirit of the opening of 28 Weeks Later, something that is very fun.