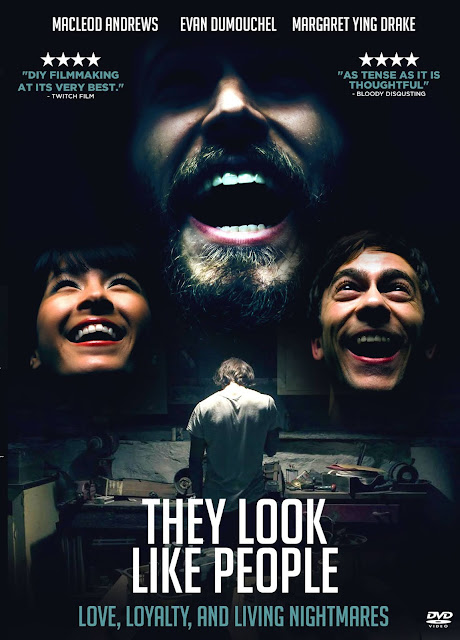 Recently I watched the charming supernatural romance film A Ghost Waits and discovered the lead actor from that film, MacLeod Andrews was also in a film that had been sat in my Shudder queue for quite a while. They Look Like People, which was written and directed by Perry Blackshear (The Siren) sounded like it would be a spin on the familiar idea of the 'body snatcher', that of humanity secretly being infiltrated by an alien force. In a way it was, but there was a twist that made it work that bit better in a realistic setting.

One day Christian (Evan Dumouchel - Doctor Sleep) encounters an old best friend of his, Wyatt (Andrews) out on the street. It has been around a decade since they last spent time together, so wanting to make amends to Wyatt for them drifting apart, and seeing that his friend doesn't appear to be in a good place he insists he comes stay with him. Wyatt is troubled though, he has discovered that aliens have secretly been taking over human bodies and that a war is very close to happening. For reasons unknown he has the gift of being able to tell which humans have been taken over and which are still themselves. Part of him suspects this is all down to a mental illness of his own mind, yet he is unable to completely disavow the idea that maybe what he is experiencing is really happening... 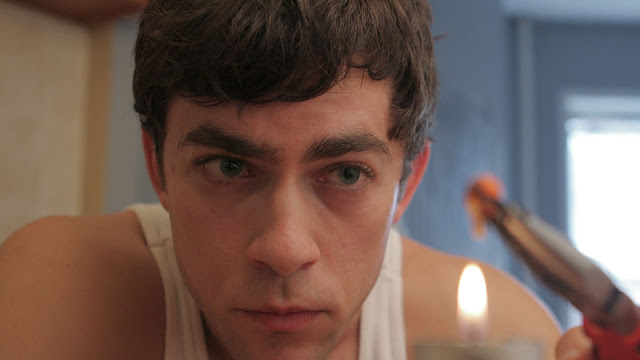 This was an interesting spin on a well documented idea and it is to the credit of They Look Like People that it resists the urge to dumb down the ideas it is exploring. It is never a hundred percent clear what is actually happening but the movie leans in a way that makes it clear what the viewer was intended to think. The film succeeds mainly due to Dumouchel and Andrews whose on screen chemistry works very well. These feel like actual best friends, helped along by montage sequences of them goofing around. It was also a neat idea that both of them are hiding secrets about the type of person they really are under the surface. Wyatt keeps his thoughts of a secret invasion to himself, and makes excuses when he slips up. Christian appears to have really pulled his life around, he is outwardly full of confidence and success, yet as the film proceeds cracks begin to show, things that are presented to the viewer are later twisted to reveal they aren't exactly how they appear. That both the main characters have visible flaws makes them all the more likeable. Mental health has a poor record in films, especially horror, yet here the character maybe suffering from it is treated humanely, rather than presented as a monster.

Being an indie film there is a small cast of characters which helps keep the focus of the more personal story being told. Outside of the main two it is only really Christian's love interest Mara (Margaret Ying Drake - The Siren) who gets more of a look in. I enjoyed the energy this character brought and it was good that she got at least a few scenes alone with each of the two male leads. Special effects are kept to a minimum, there are a couple of nightmare sequences, and some CG effects to show Wyatt's perspective, but even then a lot of what he describes is never shown on camera, instead it is him retelling things he has seen. The story is kept low key which for a body double film felt like a change. As much as I appreciated the more grounded story I'm ashamed to say a part of me did wish what occured went more into proper horror territory. 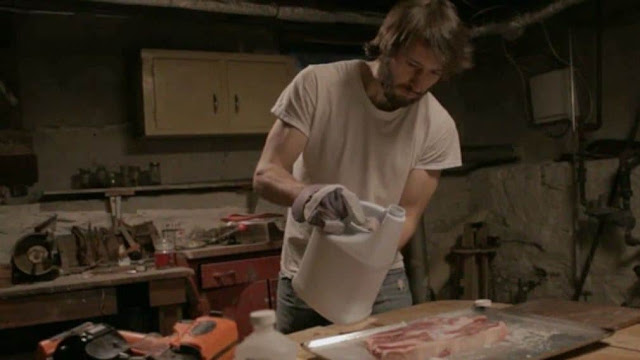 I enjoyed this more realistic take on the traditional 'body snatcher' type of horror, helped massively by the two main leads who created a believable on-screen friendship.  If you are heading into this expecting a straight up horror you will likely feel short changed, but this horror of a different nature was effective nonetheless. They Look Like People is currently streaming on Shudder.