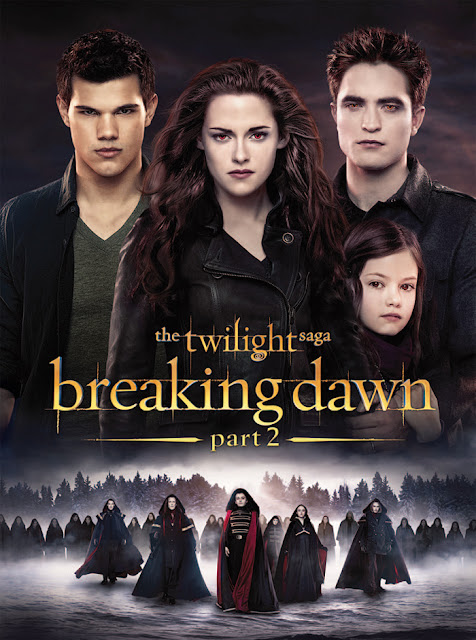 It's been over four years since I last saw the previous entry in the teen hipster horror that is The Twilight Saga. At a glance these films are not fantastic. They have a cast of actors who feel like they don't want to  be doing the films, and as a whole, while I have not read the books it still feels like a lot of the plot has been streamlined to fit into the run time. Likely be unavoidable spoilers for previous entries in the series to follow.

Bella (Kristen Stewart - Underwater) has finally became a vampire and is enjoying her new found strength and resilience. Unlike mostly newly turned undead she doesn't seem to suffer the human blood urge that comes with the change. Her and her husband, fellow vampire Edward Cullen (Robert Pattinson - The Lighthouse) are concerned to discover their newborn child is rapidly aging and so are determined to spend as much time with her as possible. The Volturi (a clan of vampire arbiters) hear of this child and mistakenly believe she is a vampire, something which breaks the rules they have set, and so they head out to the town of Forks with the intention of wiping out all who had been shielding her. 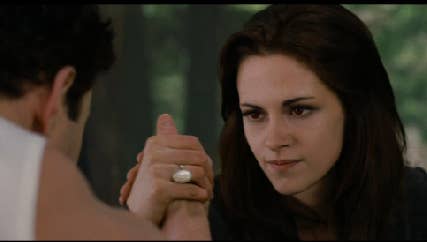 This review isn't going to be an attempt to convince people repelled by the idea of sparkly teen romance vampires and werewolves that they should see this movie. This is the fifth and final film in a franchise and so the format isn't substantially different to warrant any but people who enjoyed the series so far to watch. Especially as this has a 'part 2' in the title so definitely is not a stand alone film. The series had been leading up to Bella becoming a vamp and the change isn't as drastic as imagined. There seemed to be more characters then ever here, due to this a lot of the new ones don't really get proper introductions. It did make me realise that each vampire has a random special power unique to them. Benjamin for example (Rami Malek - No Time to Die, Until Dawn) is able to utilise the elements, while Bella is able to neutralise any other vampire's power. There were so many characters standing around that I didn't even attempt to try and learn their names.

Teased in all the trailers for his film was a huge battle scene. While it isn't quite as it appears to be it still led up to an action packed last act that had plenty of vampire vs vampire and vampire vs werewolf fighting going on. It was fun to see so many characters dying, including ones who had been in the series all the way from the first movie onwards. Much has been made of the terrible acting of some of the cast, here it is the Volturi leader, played by Michael Sheen (Good Omens) who takes the stand out role in this. It isn't to say his acting is bad, more that his performance is ultra exaggerated. The facial expressions he pulls, the way he delivers his lines makes him sound like he is in some sort of comedy seperate to everyone else. To be fair I found him to be the highlight of the whole movie.

If you have never seen a Twilight film before it is pointless starting here, but if you've enjoyed the others for what they are then this should be seen. Sparkly vampires, creepy CGI babies, a bloated cast with too little screen time among any of them to do much more than stand around and look pretty, and actors who feel like they really don't want to be in the movie might not be for everyone. To be fair though, the entire series is perfectly fine to zone out to and forget about the trials and tribulations of the current world.