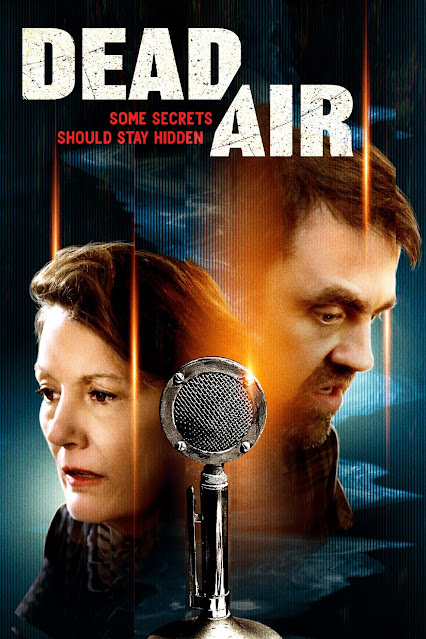 Dead Air is a low key indie horror whose story mainly stems from a radio conversation between two strangers. The horror here is light, yet by gently introducing elements of the paranormal and even hinting at time travel, this supernatural Sleepless in Seattle creates a space in the mind to slot into.
Set in the 1980's, Will (Kevin Hicks who also directed this) has been widowed in recent years and while sorting out some of his deceased wife's belongings discovers an old ham radio that once belonged to his father. He decides to give it a try and ends up coming into contact with an older woman, Eva (Vickie Hicks who also wrote the story). Over the days and weeks that follow the two strike up a friendship, both are lonely in their own ways and so are perfect for each others needs to talk about the past. As a child Will experienced a dark event that led to him repressing the memories from that time, and as the two talk more and more it starts to seem that somehow Eva is connected to this childhood incident. 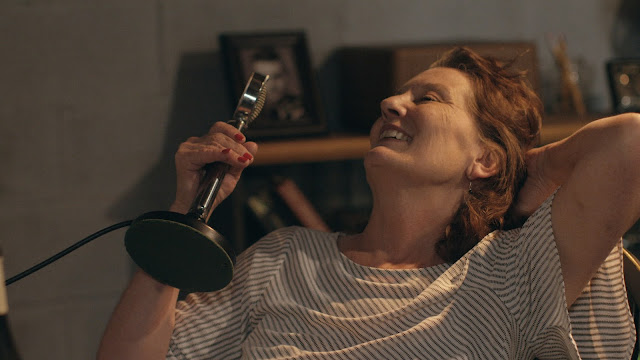 The majority of Dead Air is comprised of Will and Eva's radio conversations, with both sat in their respective basements. I reckon a good 90% of this is the two talking with just a few related scenes taking place outside of this format. For Will these extra scenes have him spending time with his two daughters, as well as seeing his psychiatrist. For Eva it is mainly her interactions with a young delivery boy who brings the shut-in her groceries. This meant the film's format felt much like a play, it was easy to envision this taking place on a stage. The set design becomes integral to the characters respective journeys, but it is only really Eva's basement that gets shown in great detail.
I guess this duality is where the film fell down slightly for me. Will was the more developed character, the scenes with his psychiatrist in particular really flesh him out. Yet the aspects we know about, such as the relationship with his daughters are never that well explored. I liked the handful of times we get to see him with his daughters, yet they are in the film for such a short time that it felt a shame there wasn't more about this aspect of his life. The same can be said for Eva, despite spending a lot of the screen time with Will she is more of a mystery. I guess this is the point as the story very much hinges on Will's self discovery, but it would have been nice to get more of a handle on just what sort of a person she was. She never felt very well defined as a characters. 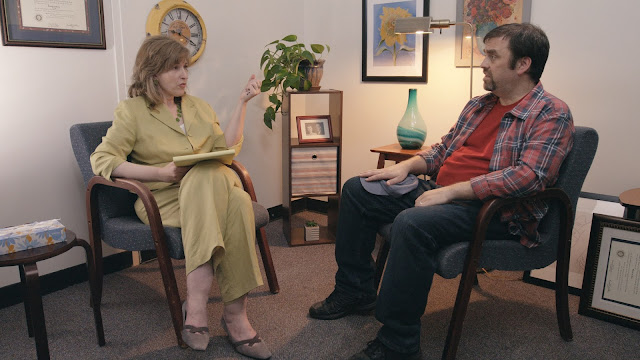 Despite calling this a horror it is more a drama with supernatural elements. There are some early notions suggested that radios could be a way to contact the dead, and this is possibly seen in a couple of scenes where it seems like a mysterious voice on the radio is calling out to Will. Then a journal of his fathers is shown falling onto the floor of its own accord a couple of times. This part of the movie is left in the background though, the core story being the learning journey the protagonist goes through after meeting Eva. The paranormal may be barely used, though a different element I really like in films does feature a lot. I felt it was kind of obvious where Dead Air was heading but this part was interesting to see unfold.
Dead Air is never going to shock and thrill you, but the twists that come from what is essentially 90 minutes of conversations between two strangers managed to remain interesting. It all culminates in an epilogue that was something I was not expecting. Dead Air came to Digital HD and Cable VOD on February 19th from Freestyle Digital Media.
SCORE:

Posted by Daniel Simmonds at 04:46