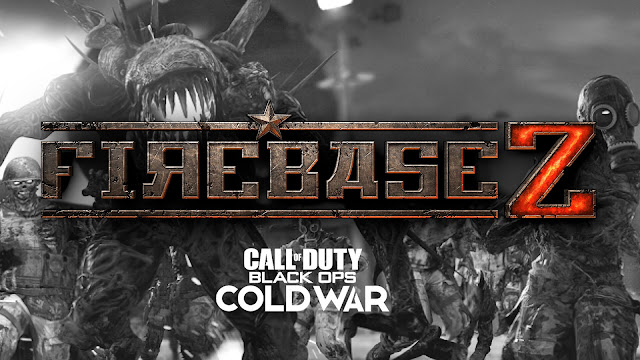 Last Thursday on 4th February a second Zombies map for Call of Duty: Black Ops Cold War finally came out. As much as I love Die Maschine (the only map up to that point), it had become a bit tedious just playing that one all the time. So what is new map - Firebase Z like? Be aware my impressions of the new map are based on a sole try of it and so some of my observations may not be correct.

Firebase Z is set in the jungles of Vietnam, or more specifically a military outpost situated there. You start off in quite a small area which is the housing part of the base. From here there is a free to use teleporter that takes you to the business side of the outpost. This second area is a lot lot bigger than the first one, and in general size it is a bigger map overall than Die Maschine it feels. Visually this one is a lot more dull, generic military base doesn't make for somewhere that feels exciting to be in, me and my friend both commented how similar parts of it feel to old map Ascension. Thankfully the undead are what makes this so enjoyable. 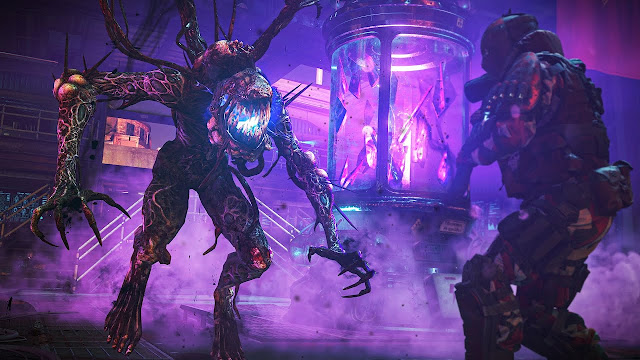 I don't know for certain but it really feels like there are more zombies this time around earlier on. I seemed to have waves of undead constantly chasing me and I couldn't kill them quick enough. They are suitably attired to look different than the soldier rotters of the previous map. Rather than having a zombie dog round you now instead have tentacled monsters spawning from fake items. These look like smaller versions of the ones from Black Ops III's Shadows of Evil. They appear more fearsome than they actually are as aside from being able to grab you with their tentacles and pull you towards them they didn't do too much. Also appearing slightly later on are zombie Terminator type enemies. These seem to be cyborgs and are armed with an arm cannon.

There is of course going to be a complex Easter Egg to uncover. Early parts of the challenge had us going to three different generators which we had to protect from the undead. Once all three generators were powered up the pack-a-punch machine in the initial area was powered on. At set points as well we were tasked with going to the edges of the base and repelling waves of zombies pouring out of the jungles, with handy artillery we could use upon them. There is a new perk-a-cola in the form of the returning Tombstone Soda. This allows you to become a ghost upon death, I guess the idea is that you can self-revive if you make it back to your corpse. This joins the existing perk-a-colas. Armour stations are back and this time there seemed to be at least three, previous map had just the one location for this.

Check out the video below to see me and L-Dog's virgin play of Firebase Z. Beware, the language is a bit blue, mainly due to panic at being overwhelmed by walking corpses and the base level insults and disdain that comes with being so comfortable with a person! Plus you get to see her trademark 'taking a call mid game' trope that she likes to pull.

Posted by Daniel Simmonds at 09:21