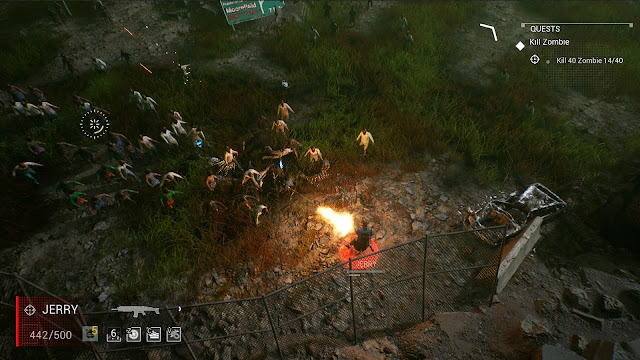 ZCREW is a new top down horror shooter that was developed by Emotion Studio and Snail Games. This supports up to four players and includes both co-op play and a single-player campaign. In the game an alien virus has turned large populations of Earth into mad zombies. To battle these, genetically modified human clones are dispatched to not only defeat the undead, but also battle mutant insects and other creatures.

The Early Access release includes two environments (Ruined City and Lost Desert), 30 levels, 4 character classes and 5 weapons. These levels include day and night variations as well as various weather conditions. The developers plan to update the game throughout 2021 based on player feedback. ZCREW can be purchased on Steam for $9.99.