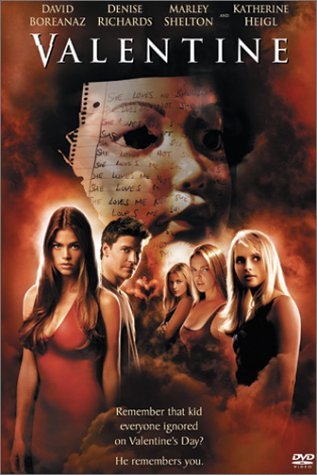 Valentine is a slasher from director Jaime Blanks (Urban Legend) that felt very much of the 90s despite coming out in 2001. Initially I thought it was from that earlier decade, but the mention of the internet, and various characters having flip phones made me suspect it was more earlier 21st Century. This was recommended to me a couple of years ago by a London based friend I briefly had, and while this does have some good kills, overall it was lacking somewhat.

At a school Valentines disco in 1988 an awkward boy was looking for a girl to dance with but kept getting rejected. Eventually one agrees, but after they are discovered kissing by some bullies, the girl embarrassed claims he had instead forced himself onto her. This resulted in the innocent boy getting expelled from the school. Fast forward to 2001 and the girls from that party are still friends and in various stages of looking for love. One by one they begin to receive disturbing Valentine's Day cards and one by one they begin to get killed off by a cherub mask wearing killer. It seems the rejected boy has returned to get his revenge on those he holds responsible for ruining his life. 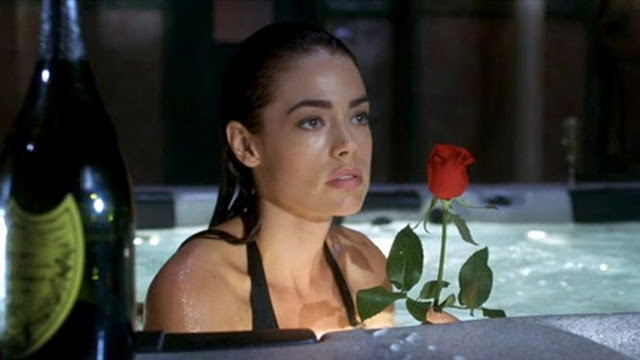 This has dated quite poorly, but that in itself gives Valentine a certain charm to it. This is a sexist world where male and females alike all seem to just exist to objectify each other. I can't think of a single interaction between the sexes that wasn't full of lustful looks and suspect dialogue. Even the detective investigating the murders (Fulvio Cecere - Resident Evil: Afterlife) isn't exempt, featuring in a scene played for laughs in which he sexually harasses one of the girls, Paige (Denise Richards -  The World is Not Enough, Starship Troopers). Out of all the protagonists it is Paige who is the most confident and self reliant. The other heroines are played by Marley Shelton (Planet Terror, Death Proof), Jessica Cauffiel (Grey's Anatomy), Jessica Cauffiel (Urban Legends: Final Cut) and Katherine Heigl (Grey's Anatomy) so there were a lot of familiar faces even if they all play bland character types who seemed to blur into one. The main male protagonist is Adam, played by David Boreanaz (Angel, Buffy the Vampire Slayer). His character was dark and brooding  and so didn't feel much different to Angel, aside from being an alcoholic here.

The kill scenes are where Valentine is at its most enjoyable, with each victim getting dispatched in various ways. Highlights were someone being shot off a balcony via a crossbow, and death by electrocution. These were fun to watch and kind of bloody, though apparently a lot of the blood and gore got cut out during editing to get a more friendly age rating. The killer looked fine, the mask was creepy, and it was interesting that the prologue showed for definite the exact person who the murderer would be, even if it is not known what they look like in present day. There were twists and turns along the way and a good job was done at constantly showing characters so that you could never be too sure as to the identity of the killer. I had a pretty good idea of who it would turn out to be, but there are twists along the way that led to a entertaining finale. 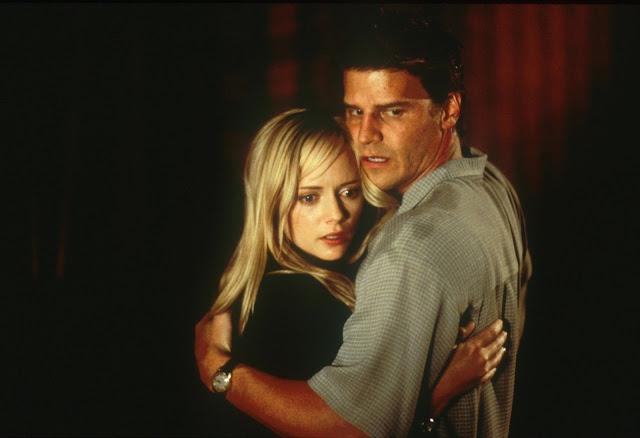 Valentine was a perfectly adequate slasher that perfectly encapsulates the time period, including some decent music from the time used as the soundtrack. The world of the film felt very dated which stretches to include the thought processes of the characters. This is hardly a classic but it was nice to see so many recognizable actors.