The Rotting Zombie's Round-up of Horror News for January 2021 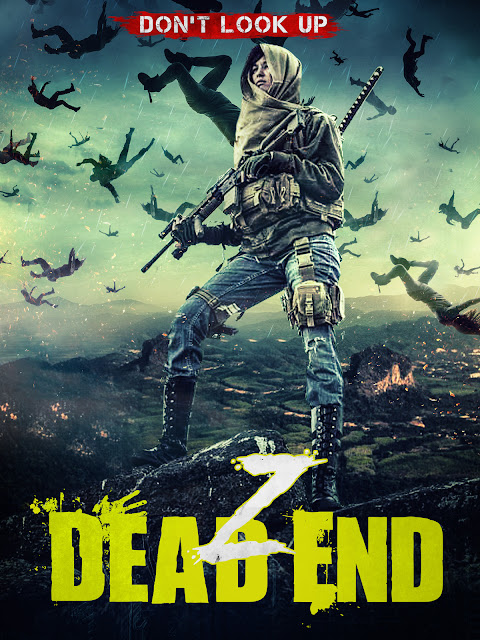 It's a new year and not much has changed with the world. Currently in the UK we are in our third national lock-down and this one for some reason seems more draining than the others. I think it is due to the current pandemic that so few films are getting released, and so I am receiving less screeners for review. This isn't necessarily a bad thing as it means I get to dig into my Shudder and Netflix queues, as well as my DVDs to pick out horrors for viewing.
When this post comes out I will have finally been successful in acquiring a Xbox Series X console. Mainly I am excited for this so that I can play some older Xbox games again. It also means I will get to try The Medium, an Xbox Series X/S console exclusive. In other gaming news I am still getting through the P.T Demo inspired horror game Visage, I'm currently 18 videos in, my playlist for this can be found here.

Paul Mormando (Bound by Debt) has joined the cast of zombie film Z Dead End. This film features among its cast George Lazenby (On Her Majesty's Secret Service), Robert Lasardo (The Mule), Felissa Rose (Sleepaway Camp), Robert Allen Mukes (House of 1000 Corpses) and Roger Corman.
Z Dead End is a post apocalyptic horror that seems to be about a group of soldiers battling the undead, new zombie films are always welcome on this site so here's to hoping this one is good.

Jared Master's fifteenth feature film has wrapped principal photography and the first trailer has been released. Quartz Vein takes place in 2047 and sees a prospector rescue a girl who has been captured by a mutant race of gold injecting vampires. Elizabeth Rath plays Stealthia with Masters as Eon Pax.
Also out by Masters is Lukewarm Surprise, which is a new wave album. The press release states 'The horror guru of Hollywood has composed and recorded thirteen original tracks using a vintage Roland JX-3P synthesizer, Wurlitzer electric piano and Dr. Rhythm drum machines. His unique vocals and singing style is at the forefront of this dark, yet joyous musical experience as well'. Lukewarm Surprise is out now on CD and Cassette and many of the tracks will also feature on Quartz Vein.

The House in The Pines has release an official teaser trailer. This is a horror with an eighties slasher style and a dollop of the paranormal. A group of high school friends visit the NJ Pine Barrens for a summer vacation. There they encounter revenge, gangsters, ghosts and flames. This is directed by Mich Strawn and Jeremy Brown, produced by John DiRenzo, Michael Joy and Mario Cerrito III, with FX specialist Nick Benson.

As I said, film news is quiet at the moment, so onto music news! Deathgaze duo Vazum have released a music video for Carol of the Witch, taken off their new Christmas themed E.P, Vazumnacht. This track is an interpretation of the Christmas carol, Carol of the Bells redone with original sinister lyrics.

Texas goth-rock band In A Darkened Room have released a new video for their song Final Vows. This is the third single off their debut album which is due for release later this year. The song was written about a love lost and how strong emotions leave an imprint on the world.
Electronic musician Vexillary has a new video, The Geneticist. This song is the closing track of latest E.P, SurViolence. Both song and video explore the link between science and spirituality. The video 'presents us with a sci-fi dream sequence that plays like techno hypnotism'.
Gothic/Industrial artist Night Terror has announced their new full-length album, Freak On The Inside. They say of the album "From the depression, addiction, and love to disgust with male chauvinists and the human virus that plagues the world. Everything I had went into this album, but it is only the beginning." The new album can be brought/streamed from all major music services, check out the video for track Wreck It below.
Multi-genre artist SINthetik Messiah has released The Other LA collaboration track and ATR cover. In My Dreams is a split collaboration with The Other LA who approached Bug Gigabyte to change their 2016 track and take it 'on a more twisted, electronic journey'. Destroy 2000 Years of Culture is a cover of Atari Teenage Riot's 1997 track.
Dark ambient act Withering of Light have released their new full-length album, Reliquary. Now available on digital and CD formats with a vinyl release due for February. Todd Janeczek says that the concept "became how each of the words that are the titles took me out of the mundane everyday and put my mind in somewhat of a different state."
September Mourning have released an official music video for their new single Wake the Dead. This is the band's first release partnered with Legend Recordings and INgrooves. They band say of the track "...is written from the point of view of our main character in the graphic novel, September, as she observes the world of the living in which she consistently takes souls from".
And that is it for a music-centric monthly news round-up. Now, I'm off to play some more retro 8-bit platformer Cyber Shadow... really making the most of the power of the new Xbox!
Posted by Daniel Simmonds at 05:15