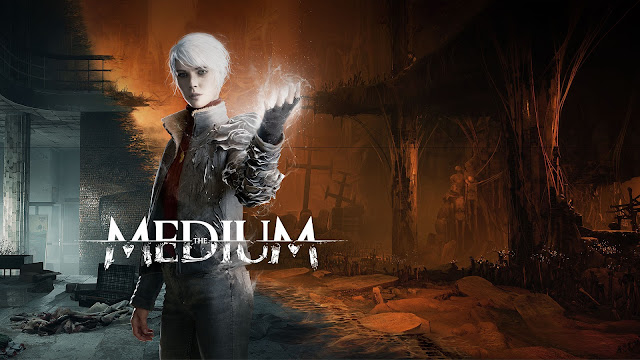 A new live-action trailer has been released for upcoming psychological horror video game The Medium. The game is being made by Bloober Team whose previous work includes Blair Witch, The Observer and Layers of Fear. I have to admit I had never heard of this latest game, but each of their previous releases have had their strong points to them (The Observer in particular was actually quite excellent).

The Medium's atmosphere and artstyle is inspired by the paintings of Zdislaw Beksinski which can only be a good thing. The game has you as a medium exploring both the real world and the spirit world at the same time. You use your psychic powers to solve puzzles and survive encounters with the games antagonist - The Maw. Most interesting to me is that the soundtrack is co-composed by Arkadiusz Reikowski and the legendary Akira Yamaoka (the composer of Silent Hill).
The live-action trailer was directed by Pawel Maslona with Tomasz Baginski as writer and creative producer (he has previously directed cinematics for The Witcher series and Cyberpunk 2077).
The Medium is due for release on 28th January on XBox Series X/S, Epic Store and Steam.