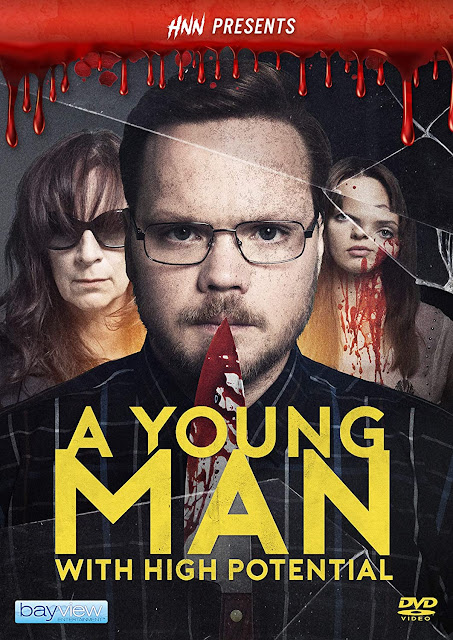 Sure, I'm a month late with this news but when all four of Bayview Entertainment's new HNN Presents releases for December were ones I had previously covered on this blog I felt they needed to be mentioned.

Deadly Virtues is about a couple whose house is invaded by a stranger. This man ties up the husband and tells the wife that if she acts like she's the invaders wife for the weekend then he will leave them alive and well. I said in my review "...it is well made and cohesive".
Meat is a Dutch surreal horror about a butcher's assistant who becomes a detective's main suspect when the butcher turns up dead. Weirdly though the detective is the spitting image of the deceased man. Of this one I said "This is different to most films out there".
Anatomy of Monsters was a compelling horror. In it a serial killer abducts a young woman only to discover that she too is a serial killer who swiftly turns the tables on him. I said in my review "I found this film to be very interesting, well edited, a great soundtrack and cohesive storytelling".
Finally is the fantastic German horror A Young Man with High Potential. A socially awkward student has one long night of horror after misreading the signs from a female student he befriends. Of this one I said "...isn't a fun film to watch, it is more a trial of endurance. What it really succeeds is really drawing the viewer in, I was locked in to the events unfolding and the real world faded away as I became completely involved with this".

All four of these were released on 1st December on both DVD and VOD.