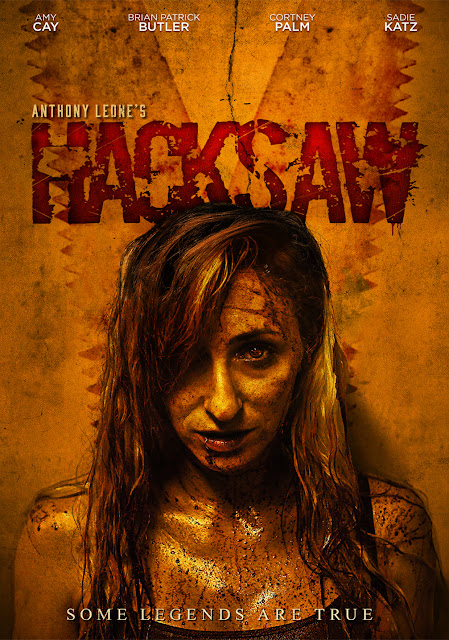 Anthony Leone's Hacksaw arrived on streaming services and video-on-demand on 5th January from Midnight Releasing. This won the Best Slasher Film at the Monster of Horror Film Festival. In this 70 minute slasher a young couple on a road trip take a detour to the site where a notorious killer nicknamed Hacksaw was said said to have been killed. They soon discover this legend may not be as dead as had been assumed. Hacksaw stars Amy Cay, Brian Patrick Butler, Cortney Palm and Sadie Katz.
Posted by Daniel Simmonds at 14:59