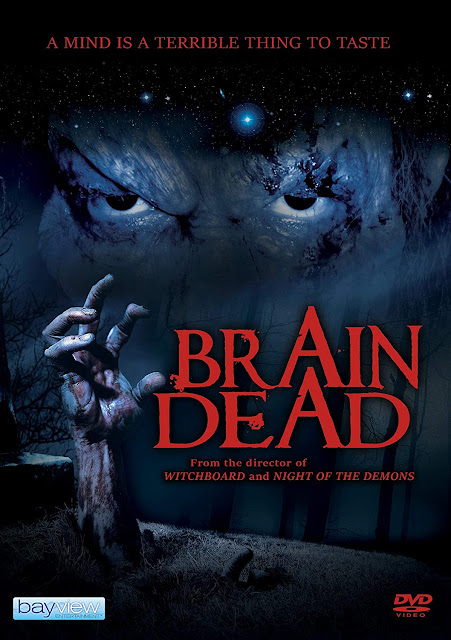 Another month and film releases from Bayview Entertainment keep on coming, some of these sound pretty neat. Centipede! is about a man named David and his friends who go on an expedition deep within the dangerous Shankali Caverns in India. Not having the best of luck the friends manage to trap themselves in a breeding den of giant black centipedes. From the trailer this looks like it will be cheesy in a hopefully fun way.

Nobody is a movie that sounds more up my street as it involves time travel of a sort. An assassin kills his latest target but then finds himself under attack from an assailant who can predict his every move. Things get even stranger when he later discovers the man he definitely killed is somehow alive and well. This is just the start of time based madness which includes such moments as killing a man whose corpse he had discovered hours previously, chasing his own double, and discovering wounds he has received have vanished

Brain Dead is a zombie film and is about six characters trapped in a deserted fishing lodge under assault from alien-infected, mutant amoeba-controlled undead.
The Sleeper meanwhile is about a CIA group known as Sleepers. These are special agents who have the ability to enter people's dreams. A former Sleeper discovers a rogue operative is hunting down and killing all the original agents.