Why Haven't They Fixed The Cameras Yet? (2020) - Short Horror Film Review 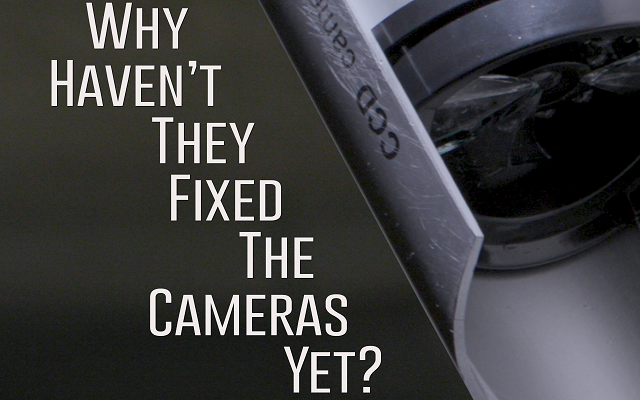 The award winning Why Haven't They Fixed The Camera Yet? is a short four minute horror film directed and co-written by Travis White (along with Disha L. Dinesha). The story takes place mainly from the thoughts of a concerned woman.

A woman (Lee Eddy - Mercy Black) is concerned that the camera in the underground carpark at her work has not been fixed since becoming broken. She worries that due to the amount of crime against women the broken camera in such a secluded spot could be a bad thing. Mainly she worries that a sexist co-worker oh hers, Devin (Lukas King - Grimm) might take advantage of this blind spot for his own needs.

This short is from the perspective of the protagonist character and outside of her inner thoughts there is no actual dialogue spoken aloud. Story wise I had a feeling where this would end up going but it was still fun to see the ride. Flashbacks to an office Christmas party are used to support evidence she has that Devin is not a good person. In a post #metoo world the topics this short covers are relevant. The horror when it occurs is mostly off camera but is an effective moment. Check out Why Haven't They Fixed The Camera Yet? for yourself below, its short length means there is no real excuse not to do so.