The Mark of the Bell Witch (2020) - Horror Documentary Review 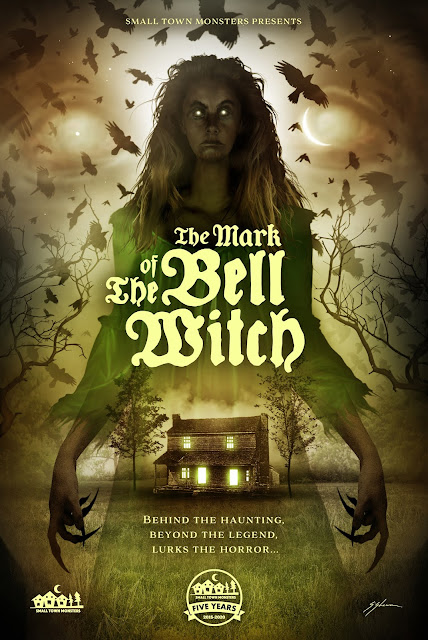 The Mark of the Bell Witch is a new documentary from director Seth Breedlove (Momo: The Missouri Monster, Terror in the Skies). Having seen a few of his documentaries now I would say that this one is my favourite. Previously they have been about legendary monsters and creatures, but this time it is instead focussed on the supernatural. I had heard of the Bell Witch but I hadn't ever heard any details about it and so I was interested to discover this supposedly true tale of terror.

During the first decades of the 19th Century the Bell family were terrorised by a supernatural presence that came to be known as the Bell Witch. Initially it made itself known by creating strange noises from within their property, but as time went on it began to attack family members at night, and to slowly develop a voice, calling itself 'Kate'. Over time this spirit came to be known in the area and many people would travel to the property to encounter it for themselves. Eventually there became four separate entities that were apparently haunting the family, and Kate indicated that the terror was all happening as she wished for the head of the Bell family, John Bell to die. Eventually he did die in strange circumstances and the encounters gradually faded away. All that is according to the legends about the Bell Witch. 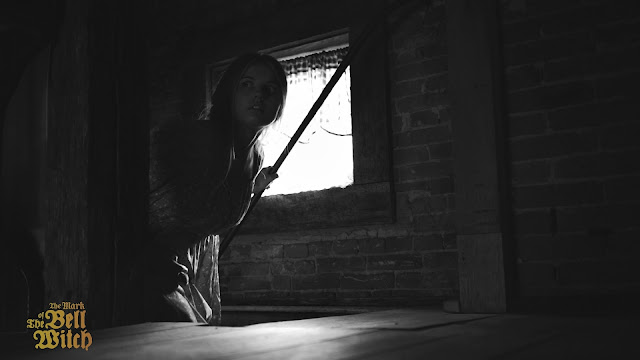 The documentary is an hour and a half long and I did wonder how they would find enough material to fit such a time frame. Well, it turns out there is a heck of a lot to the legend, and over twelve chapters various parts of it are talked about. This isn't a documentary that sets out to prove or disprove the legend, instead it presents evidence from people of the time in a neutral fashion. The majority of this is shown via narration and recreations. The recreations are done in black and white and feature plenty of supernatural images, such as the ghostly appearance of the witch and her creepy voice. I'm glad they went this route, at its heart it's a ghost story so I'm glad it was shown this way rather than in a more dry logical sense. The biggest thing I got out of this was thinking how great this would be as a season of The Haunting on Netflix (The Haunting of Hill House, The Haunting of Bly Manor). It has so many of the classic ghost/demonic presence stories you see in such things as Paranormal Activity and Insidious. Things such as a force passing itself off as someone or something it might not actually be, and the way it increases in power the more people pay attention to it. It has all the classic tropes, but taking place so far in the past was pretty cool to hear about.

The first ten or so chapters details the escalation, from the genesis of this haunting, all the way up to the conclusion. Along the way we hear of demonic dogs, floating lights, poltergeist and psychic activity. The ramping up lends itself well to a story rather than being reality. The final chapter delves into some possible explanations, but nothing too satisfying, mostly offering the notion the events were embellished or even made up in order to discredit the Bell family for various reasons. It ends with interviewing some modern day residents of the area who give their take on events. Outside of the recreations we mainly have folklorist, Brandon Barker exploring the legends, going to various key places, such as the cemetery where the Bell family are now buried. We also have Timothy Henson providing a lot of the knowledge, Henson being a local historian from Adams, Tennessee which is where this all took place. 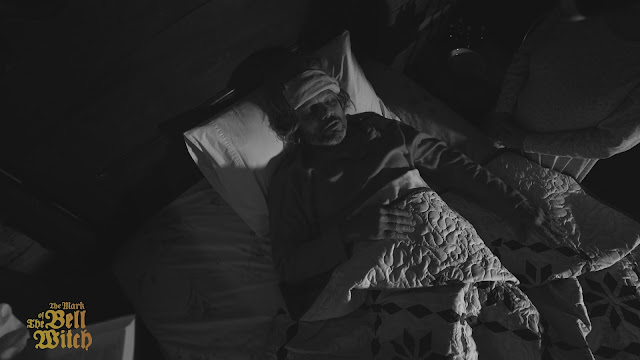 Any complaints I would have with this doc is that it makes you wait to really get an overview of the situation, it didn't feel like there was a good introduction right at the start to sum up the events. That did mean all the twists and turns as the story is told became interesting. Overall though this was a decent documentary on a topic I'm happy I got to learn about. The Mark of the Bell Witch releases on 15th December on Digital HD, with Blu-Ray and DVD copies available exclusively from the STM Shop.