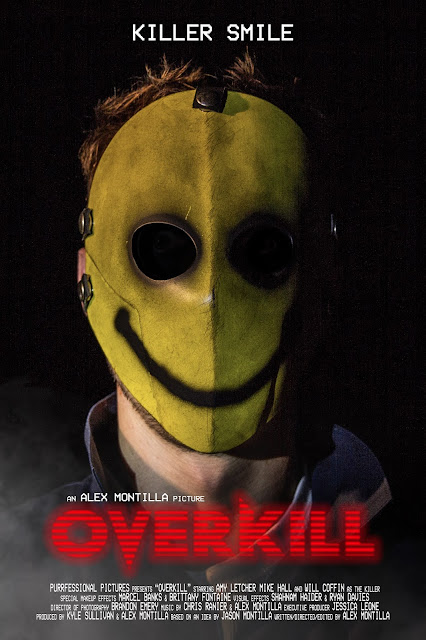 I remember fondly the video game Manhunt that came out on the Playstation 2. It had you going up against various despicable gangs as part of a twisted snuff film, and one of the gangs were lunatics who all wore 'smiley face' masks. While on holiday once I got the idea for a slasher film in which the killer wore one such mask, and so I was delighted to see the poster for the short comedy horror film OverKill where it sounds like someone else has used a similar idea.

This film comes from writer/director/editor, Alex Montilla (Cheat Day, Hot Tub Time Machine) and takes a fun look at the slasher genre. It is business as usual but the survivor of a college kid massacre discovers the killer literally cannot be stopped. This has been described as '80's slasher movie by way of "Wile E. Coyote and The Road Runner" cartoons. OverKill was the winner of 'Best of the Fest' at Ethereal Horror Fest, and stars Amy Letcher, Mike Hall and Will Coffin. 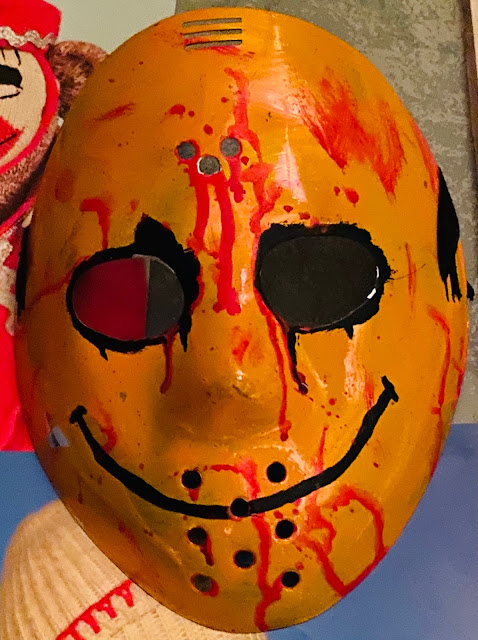