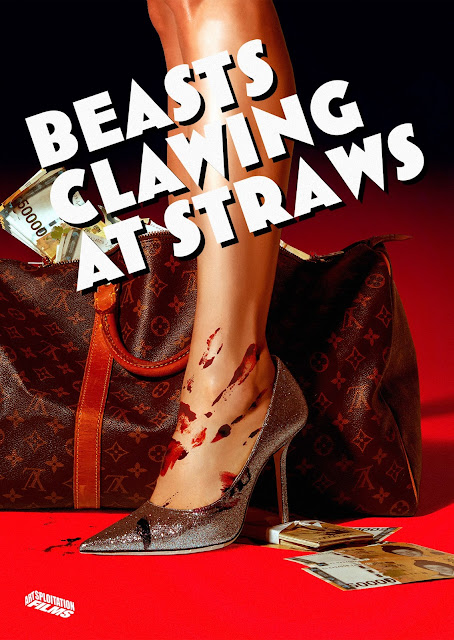 A disclaimer to start with, Young-hoon Kim's Beasts Clawing at Straws is not a horror film, I do admit to being drawn in by the title, plus being a South Korean movie made me also interested in watching it. From the synopsis this sounded like a crime drama and that is mostly fitting. The varied cast of desperate and greedy characters is what sounded most interesting.

A former restaurant owner reduced to working in a sauna one day discovers a bag full of money in one of the lockers, and decides to take it home with him. Meanwhile a whole bunch of characters play out their lives, as the film progresses you find out just how this disparate people came to be involved in the series of events that led to the bag of money getting left at the sauna in the first place. 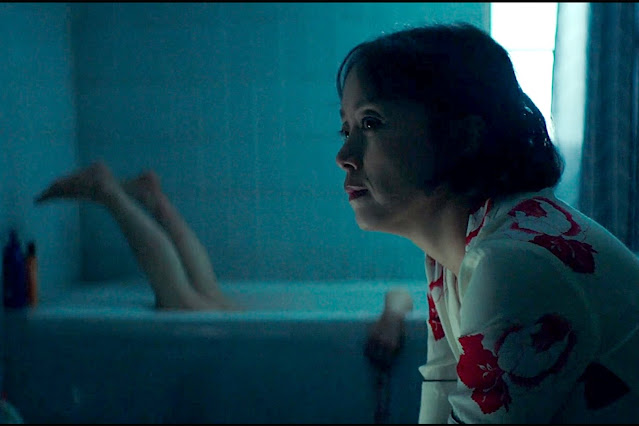 This was a well made thriller that had a great cast to it. Despite there being four or five storylines going on this never got confusing, there was a gentle placing of the pieces of the puzzle. The main cast of eight characters all end up crossing paths at one point or another. These include a local crime boss, a detective, a customs officer, a cleaner, a prostitute and more. There is quite a bit of murder here but despite that this never felt dark. You get the impression that none of these characters are innocent, and their desperation leads to a lot of the movie's events. This results in plenty of quasi-farcical moments that help keep the film's darkly comedic tone to it, moments such as when some gangsters accidentally chase their victim to death for instance. I enjoyed how threaded the different plots all where, but this was always competent in how they thread, but there wasn't any huge surprises.

The camera work is lovely, helped by the wonderful looking location, all rain and neon signs. The actors also seemed to be great. It's in Korean with English subtitles but despite that it seemed the various characters were all acted well, I enjoyed quite a few of the roles, standout for me being the local crime bosses crazed enforcer, a strange looking man who carries a knife in a chest bag he wears. The special effects are minimal but effective, often violence taking place off camera, but at times it is also on camera. A highlight for me being a knife stab through someone's neck, the camera positioned behind to show the blade come through.. 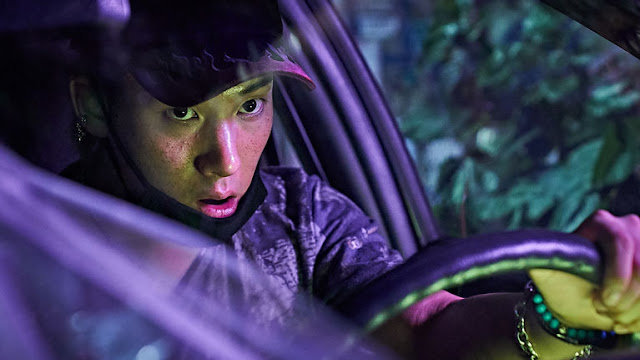 Beasts Clawing at Straws was an engaging film from start to finish, there is enough given with character development that the various plotlines going on never get confusing, the film flows in a lovely logical way that drips clues to the viewer while also propelling events on. Beasts Clawing at Straws comes to DVD/Digital on December 15th thanks to Artsploitation Films.

Posted by Daniel Simmonds at 09:05