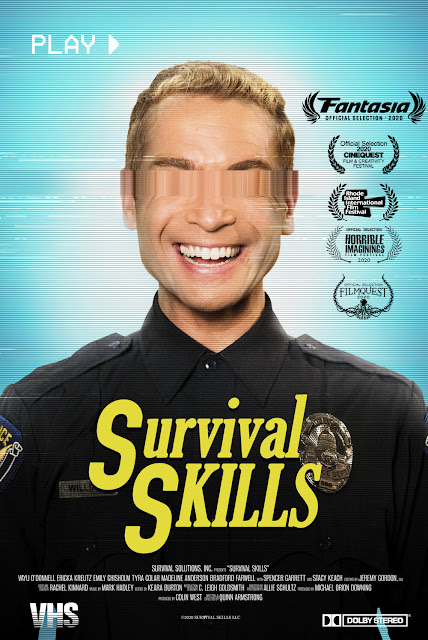 First off, Quinn Armstrong's Survival Skills is not a horror film. A feature length version of his 2017 short film of the same name this plays out in a unique format, blurring the line between fiction and reality. It combines drama with humour, which takes an increasingly darker tone as the story plays out. Due to its weirdness it feels at home on this blog.

The film is presented as a lost training video from the 1980s, with the set-up being that it is an instructional video intended to guide the graduates of the Middletown Police Academy on what to expect in their first year as a police officer. The narrator (Stacy Keach - Prison Break, Escape From L.A) tells the story of fresh faced new recruit Jim Williams (Vayu O'Donnell - voice work on the Red Dead Redemption II video game), optimistic and eager to do his best for the community. Over the course of the year we see his slow unravelling from this chirpy persona to a more jaded and bitter man, mainly stemming from a domestic abuse case he takes too much of an interest in. 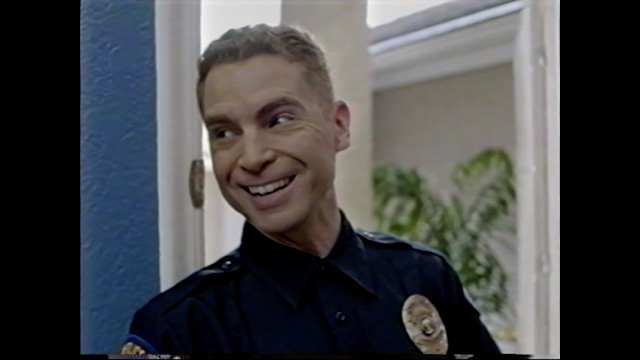 This is a strange film to review, as it works both as a proper film telling a proper story, but also coexisting within the constraints of its instructional video format. Characters are trapped within the confines of their roles, but often fight to break out of this. Oftentimes the narrator finds himself battling against Jim's decisions, trying to put things back on track. This brought to mind The Stanley Parable which did a similar concept but as a video game. In that one it was the player fighting against the narrator, while here it is Jim. The narrator tries to course correct events as they go off script, this is shown in a variety of ways. At times the footage will be rewound to try and force Jim to take different actions, or fast forwarded to skip past non important stuff. There are quite a few fourth wall breaking moments where characters will look directly at the camera. The whole film has the look of an old VHS tape, and usually at times when situations on screen get a bit intense the tracking will get lost and distortion will set in to disguise the viewer from what is happening. This also works as a way to show Jim's reality not matching what he has been taught to expect.

The way the film is set out means there are not many characters who feel real. Jim comes across as a parody of a human, initially at least always with a smile on his face, and cookie cutter responses to situations that sound like he is reading off a manual. This is noticed by in-universe characters, with a few referring to him as 'Robocop'. The opposite of him is his partner who knows this outlook will not last. O'Donnell did a great job as this protagonist in what must have been a strange role to play. Keach also stood out in his role as the narrator, I liked how he directly addresses Jim and begins to despair at him going off-script, making excuses for his actions, such as the great line "The mark of a good cop is that he never makes the same mistake three times." My favourite character was the knife instructor (Ryan Higgins - Z Nation) who oozed eighties toughness in his sole scene stealing appearance. 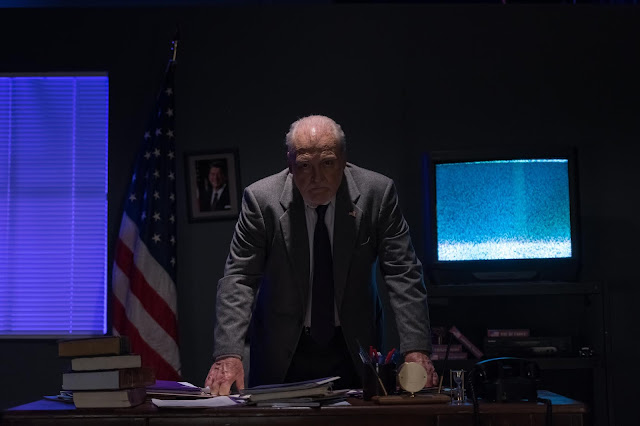 The story as silly as it is set-up to be takes a serious turn. For all the joking around the behaviour of Jim in particular the domestic abuse storyline is mostly played seriously. It felt like all the characters, with the exception of Jim knew the ramifications of what was happening. In its own unique way Survival Skills tries to show the seriousness of this topic by using straight acting characters as the family members. The line between fact and fiction becomes increasingly blurred up till the finale, which is set up by the narrator informing viewers that what happens is only going to happen due to this being a video and not reality.

Survival Skills was a strange film, and that is to its credit. The format made this memorable, and the souring of the humour worked by being incremental. A silly film with a serious message, there really isn't much like this out there. Survival Skills came to theatres on November 13th, with a digital release due on December 6th via Cranked Up Films.