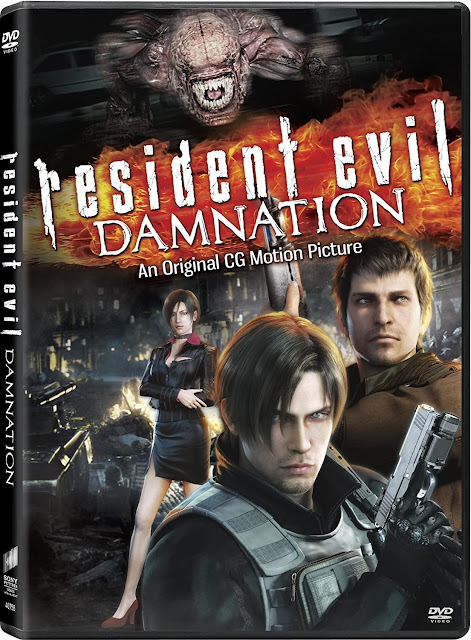 I have owned Resident Evil: Damnation for years but have always put off watching it. Back in 2008 I was really excited to learn a Resident Evil CG movie had been made. Resident Evil: Degeneration was as bland as they come though. It had an over reliance on super serious storylines full of action and ridiculous over the top action sequences, with the horror barely anywhere to be seen. I had a strong feeling that this would also be the case for this movie, and sadly I was right in my assumptions. The version of the film I watched had English dubbing as default, so I don't know how well the original Japanese would have fitted.

This works as a precursor to the video game Resident Evil 6, but only as a mild one, giving some minor set-up for characters in that game. Special agent Leon Kennedy (voiced by Matthew Mercer - Sword Art Online, JoJo's Bizarre Adventure) has been sent to a small Eastern European country to investigate claims that bio organic weapons (B.O.W.s) are being used in a civil war there. He is soon told to abandon his mission and leave the country, but he decides to ignore orders and stay. He learns that the rebels are indeed using B.O.W.s, using a Las Plagas (parasitic life form first mentioned in Resident Evil 4) in order to control monsters. They have resorted to desperate measures as they can see no other way to defeat the corrupt government led by President Belikova (Wendee Lee - Ninja Scroll, Akira). Her government it turns out also have access to some pretty nasty bio weapons of their own. 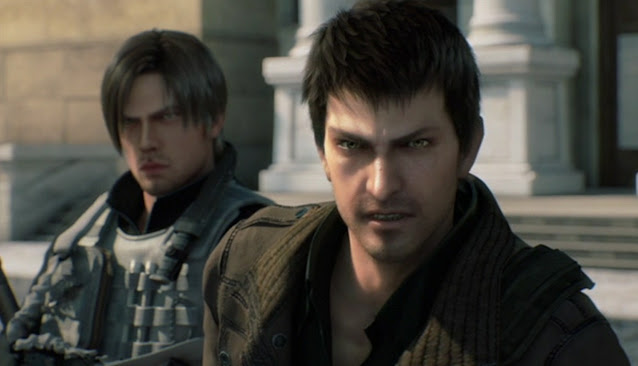 To be honest I didn't really understand a lot of the story, it was never explained very well. At any opportunity Damnation devolves into stupid action sequences, even in scenes where that had no right to exist. One prime example is when Ada Wong (Courtenay Taylor - Mass Effect 2) is having a discussion with the President. Suddenly they start fighting, doing dramatic kung-fu while the camera becomes obsessed with slow mo on every single punch and kick the two do. This absolute seriousness in such a stupid situation can't help but hurt the movie's attempt at telling a mature story. The story isn't even that complicated, it is just told in such a clumsy way that I was never really sure what was going on, it was dull as dishwater.

Being a fan of the games it was nice to see some fan service at least. There was a nice shot of a licker on the ceiling which replicated the iconic moment from the original Resident Evil 2 for instance, and the whole third act of the movie had Leon battling Mr. Xs which visually was fun to watch, even if the high concentration of action meant I was getting a bit bored by the end of it. There are a bunch of zombies in the movie, but are the semi-intelligent later ones rather than the brain dead ones of the earlier games. As for the characters, they were all forgettable. I do like Leon Kennedy as a character, but ever since they changed him from a normal man to an action hero he lost a lot of what was so compelling about him initially. Ada too, I like her, but there isn't much to her, aside from being forever mysterious. The new characters introduced are all mostly forgettable, aside from JD (Val Tasso), but his sole defining characteristic is that he likes everything American. 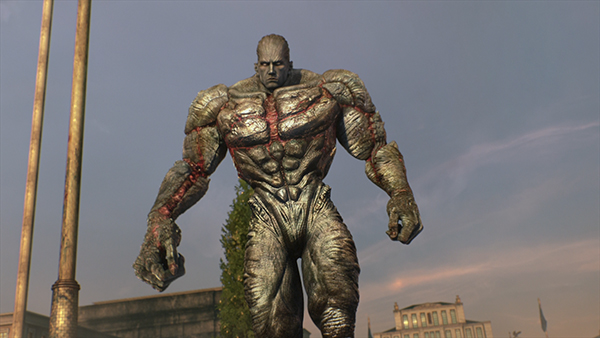 The CG might have looked better at the time, but nowadays it doesn't look that much of a step-up from the most graphically impressive games. It led to the occasional strange feeling that I was watching a cut scene from a game and at any moment control would move over to me. The CG is still better than gameplay graphics, but I think within five to ten years this will look dated. The story just felt so inconsequential, it wasn't interesting, I didn't care about any of the characters, and it was badly told.

If you're a super fan of Resident Evil then maybe check this out. I would advise that you are not missing out on anything here, it was bland, felt over long and did nothing unique. The excellent unofficial Resident Evil timeline website covers everything that happens here anyway, so your time would be better served reading that than watching this.

Posted by Daniel Simmonds at 07:23