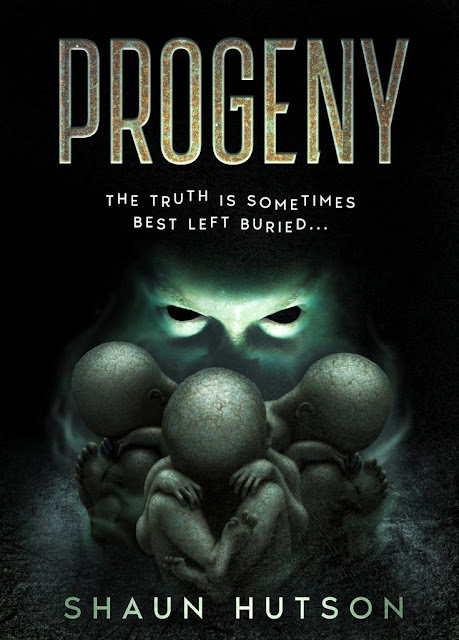 British horror author Shaun Hutson has released a new hardback novel, Progeny. This is a sequel to his best selling 1983 novel, Spawn. Hutson said of this new novel: "Progeny works as a stand-alone novel, but for fans who have read Spawn, there is a whole back story there that adds another level to reading Progeny. I always wanted to go back and revisit some of my earlier work and see how I could develop the work over 35 years later. Spawn was always one of those stories that was left with strands that could be picked up and spun into something more horrific than the original"

The original cover artist for Spawn was called back to design the cover for the sequel, and this is Hutson's thirty ninth novel under his own name. Caffeine Nights Publishing who published Progeny also published a paperback version of his 2019 hardback novel, Testament. There are also eBook and audio versions of these. Check out the website for more details.